There Is No Game: Wrong Dimension by Draw Me A Pixel is the sequel/expansion of the 2015 Construct Deception Jam winner, There Is No Game. Not too much to say about the original though, as it was not a game after all. Of course, the user, aka YOU, had to poke around and mess that one up too, so we might as well look closer at this non-game as well. 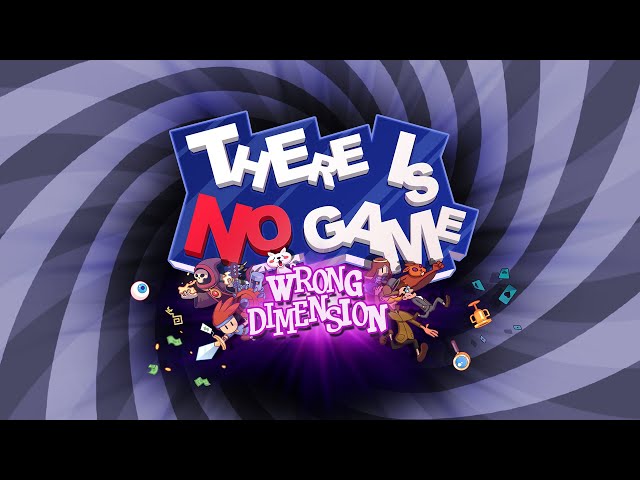 All jokes aside, There Is No Game: Wrong Dimension is an excellent game, even if Game says it isn’t a game. The first iteration was a delightful distraction that, once understood, could be completed in a quick 5 to 10 minutes. Wrong Dimension is instead a 4+ hour path to completion that rarely feels like a trudging process and engages both the players puzzle-solving abilities and witty sense of humour. The (non) game starts off in much the same way as the original with the narrator, who we learn is named Game, discouraging the user to continue and insisting that there is no game. After ruining Game’s day as usual, There Is No Game: Wrong Dimension takes a meta path as the user launches a fake program in a fake program in a non-game. This causes Game and the user to get sucked into alternative dimensions with Games of different nationalities trying to discourage the user from playing their games that also supposedly do not exist. Soon enough Mr. Glitch reveals himself, and wrong dimension craziness ensues.

The wrong dimensions of There Is No Game: Wrong Dimension consist of Game and the user being thrust into different games. The goal of navigating through said games is to try and get home Quantum Leap style. The characters in these other games are appropriately clueless and frustrating to distract Game from being put out with the user for a bit, even to the point of building a bit of a friendship between the former foes. The pure creativity and outside-the-box thinking involved in progressing is astounding at times, both in the frustrations of feeling stuck and the thrill of success when finally figuring it out. Even for a basically point-and-click game, the combining, searching, and physics implemented by Draw Me A Pixel is complex and engaging beyond any other similar game I have played.

Having played and enjoyed the original There Is No Game, one thing I did not anticipate writing about its sequel was how wonderful the story would be. There Is No Game: Wrong Dimension‘s story is surprisingly rich and emotionally moving when compared to the original. I was most surprised with the notion that this otherwise punny and ridiculous game is actually a love story at its core! I will not go into much detail due to wanting you to enjoy it yourself, but suffice it to say that by the end of the game I was more invested in the characters and their futures than I have felt in most recent big titles.

brand
There Is No Game: Wrong Dimension | The Digital Fix