The Last Campfire is the latest game from the creators of the vast and impressive space-exploration game, No Man’s Sky;  and for their most recent outing, Hello Games have dramatically scaled-down. But don’t let size deter you, The Last Campfire is a stunningly beautiful and surprisingly moving game. 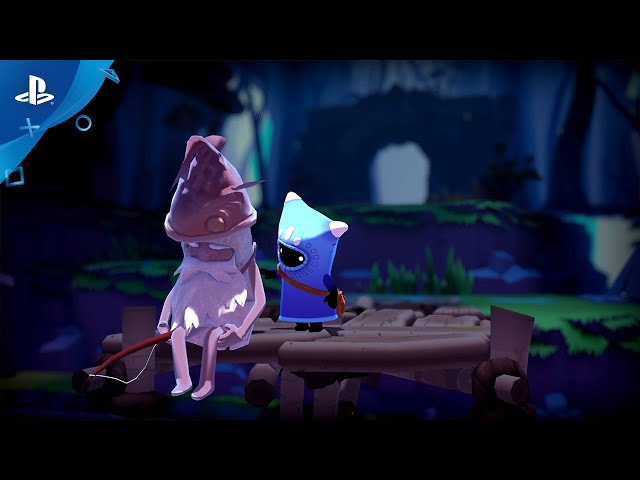 In The Last Campfire, you play as a lost ember searching for a purpose in a mysterious world, along the way, freeing other lost and helpless souls called the ‘Forlorn’. To do so Ember must solve various puzzles within the minds of each Forlorn in order to free them and help them on their way.

As well as these puzzles inside the mind of each Forlorn you encounter, the whole world is teeming with puzzles that unlock areas and allow you to progress through each stage of the game. All of the puzzles that are incorporated into the environment both blend in wonderfully to the scene, whilst also standing out enough for you to solve them. However, I will admit there were times when I would wander around an area for perhaps longer than I should have done, but I will gladly put that down to my own shortcomings in the puzzle-solving department.

Which leads me nicely on to the main puzzles, which were at times, genuinely mind-boggling. Again, a different player might find them relatively easy, however, there were three times throughout the whole game where I was left baffled and staring at the screen for a good few minutes trying to figure out what to do. But they never felt impossible and I actually did enjoy the challenge, especially when I would figure it out, it was incredibly satisfying. Each puzzle ‘arena’ was also wonderfully designed, with enough variation to make them all interesting and unique, but at the same time with enough similarity to make them fit in with the overall feel of the game and puzzle language.

The overall atmosphere of the game is, to put it simply, lovely. The soundscape alongside the soundtrack creates a magical and comforting environment, for the most part, until there is peril afoot, which is minimal in The Last Campfire, as it’s a very chilled out experience. There are so many moments of sound design that were genuinely excellent, the one that stood out the most was the Lanthorn. As well as being a great new mechanic introduced about a quarter of the way through the game, it has a gorgeous sound when using it that is both haunting and mesmerising. This well-thought out soundscape of the game added to its immersiveness and was one of the most successful parts of the game for me.

In addition to the sound design of the game, I felt its other strongest attribute was the character and environment design. The cel-shaded artistic style is stunning, with bright colour palettes and exceptional use of light, it creates a beautiful world to explore. As well as this, each new character has such a wonderful design that tells a story without having to be given much information through the dialogue, in certain characters and areas there is a lovely element of narrative through visuals.

Narratively, The Last Campfire is very light, there are moments of the game, mainly the world, that remains ambiguous, allowing you to imprint your own meaning on to it, leading to an emotional experience. There isn’t really any voice acting in the game aside from the narrator, voiced by British-Scandinavian actress, Rachel August, whose beautiful voice guides you through the game through a third-person narration of yours, or rather, Embers, actions. The use of a sole voice throughout the game really adds to the other-worldly element of the game, like you are playing through a story and is also a very comforting companion throughout the very lonely game.

I couldn’t write this review, however, without pointing out that there were a few technical issues with the game. Most notably, the game would lag when you would enter into the puzzles in the mids of the Forlorn and at other moments when a cut-scene would occur. This lagging happened at every single transition and really took me out of the game, which was a shame because I can imagine these moments would have been more touching if they were smooth. Also, there was a stage in the game where I would be using the Lanthorn (which you can move freely around the room) and if I went too far in any direction, the camera would clip through the walls, again really taking me out of the experience.

Overall, despite these technical issues I really enjoyed playing The Last Campfire, it was a gorgeously designed game that was extremely sweet and touching in places, that lasts just long enough to feel satisfied, but not overwhelmed and bored with endless puzzles, it was just right. The story itself was a lovely and surprisingly touching one that had some great messages about life that ends up being an incredibly personal experience.