SuperEpic’s satirical style might not be for everyone, but if you are OK with that aspect then this is an excellent addition to the ever growing Metroidvania genre. Graphics, soundtrack, and gameplay fit together beautifully, making SuperEpic difficult to put down. 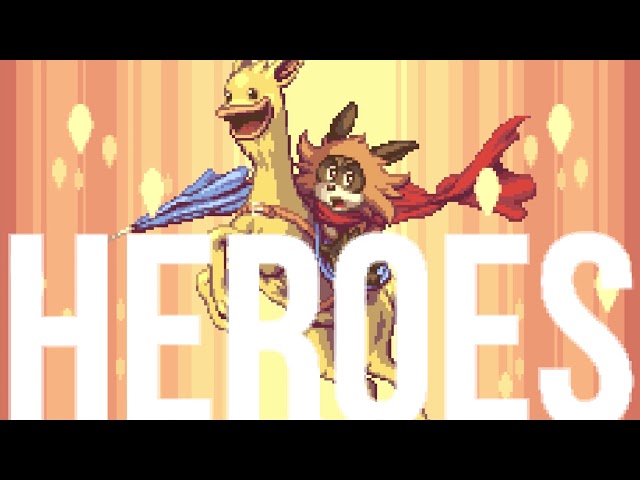 Does it Live Up to its Name?

Developed by Undercoders and published by Numskull Games, SuperEpic: The Entertainment War is a satirical, Metroidvania-style game set in the year 2048. In the world of SuperEpic’s story, video game development has gone down the treacherous path of F2P and pay-to-win mechanics, monopolized by the only remaining video game company, RegnantCorp. Rather than focusing their games on entertainment value, RegnantCorp focuses on monetary value by emphasizing addictive and profitable mechanisms. The greedy porcine executives, along with their random animal underlings, chose to play the game of control with the lives of gamers for their own financial gain.

Thankfully, some gamers were not OK with this path and decided to rebel, which is where the player’s experience with SuperEpic begins. The main protagonist, Tan Tan, a random weapon wielding racoon, along with his noble steed, Ola the llama, breaks into RegnantCorp’s expansive headquarters seeking to take their monopoly down for gamers everywhere.

Gameplay starts simple enough with the player having access to three attacks and basic jumping. Attacks done depend on the the item used, including a basic combo attack, a juggling/uppercut attack, and a slam attack that helps slow characters down of break through their defenses. As the story progresses, secretive characters begin popping up from time to time to offer new weapons, weapon upgrades, and even new abilities. Of course, the standard situations of “oh no, I can’t reach this area” transitioning into “hooray, I can double jump now, I can reach that area” show up throughout, encouraging backtracking and exploring areas again as your skills improve.

Each area, or floor, of RegnantCorp you explore has its own theme associated with it, along with relevant game mechanics and enemies. These themes were reminiscent of classic games, such as Castlevania and the likes. In fact, even the bosses relate to the areas in which they are found. For example, the “boss” of the Castlevania-styled environment challenged you to complete a difficult sub-game developed by one of the RegnantCorp programmers in which you basically play part of a Castlevania game.

Another fun aspect about SuperEpic was the multitude of easter eggs and nods towards games from the past. These ranged from ghosts wearing hats that looked like they would suit a pair of plumbers just fine, to even bosses that looked significantly familiar. Granted, some of these nods to earlier games were less nods and more blatant copies. However, in my experience at least there was always enough of SuperEpic’s personality showing through that I never felt like I was playing a recreation. Instead, the reminiscent environments and baddies gave just enough of a nostalgia vibe to make the game more endearing.

If just focusing on exploration and story advancement is not enough for you, SuperEpic also features a few entertaining distractions to keep you engaged. Every once in a while you will run across RegnantCorp workers who either don’t care that you are infiltrating their company, or more likely who are too clueless to understand. These clueless workers will give you tasks to help them out in exchange for prizes, such as finding bug reports for their games, waking co-workers up (of which there are many), and even investing in their break-off companies on the hush.

Additionally, some areas were only accessible through completing some of the nicely implemented distractions. Throughout the game you stumble upon security keypads with QR codes near by. By scanning these codes with a mobile device, the player is sent to an HTML5 game based on various mobile games (flappy bird, candy crush, you get the idea), with the task of completing a certain amount of the “mobile” game to get the unlock code. While not necessary for progressing the story or game, it was quite clever. My favorite distraction, though, was easily the second game mode that is unlocked after some story progression. Essentially, the second mode is a procedurally generated roguelike version of the main game, meaning replay value is immense for people who enjoyed the main mode.