Last year, Capcom faced the formidable task of remaking Resident Evil 2, one of the most iconic and beloved entries in their game-changing survival horror franchise and defied high expectations by producing a veritable Game of the Year contender. 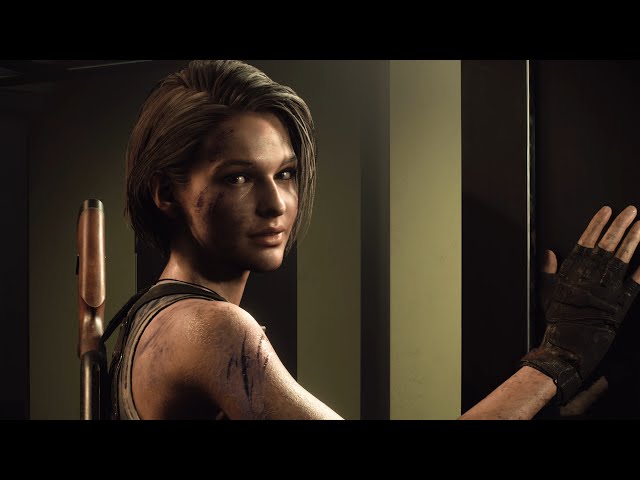 A year later, Capcom has released a remake of Resident Evil 3: Nemesis, a sequel that told the story of Resident Evil survivor Jill Valentine in a story running parallel to Resident Evil 2. On release in 1999, the game was critically well-received but still felt like a lesser entry to the trilogy at this point, it lacked the original game’s revolutionary impact or the sequels major leap in quality. Of the three original games, it is arguably the one that has held the least amount of cultural real estate through no fault of its own.

The game’s visuals are every bit as polished as it’s predecessor as well taking some stylistic cues from Resident Evil 7 in places. This separates it from the Resident Evil 2 remake, combining the two established aesthetics with some new visual flourishes, it feels like an evolution of the Resident Evil style while still remaining true to its roots.

Everything about Resident Evil 3 feels like an escalation from what Resident Evil 2 established. After a moody, chilling preamble the story hits the accelerator in a major way with a relentless, frenzied sequence that plunges the player into the hopeless apocalyptic situation that Jill Valentine finds herself trapped in.

As the game opens up, the scale feels massive compared to the previous two instalments in the trilogy. Capcom has done a great job of capturing the chaos of the moment in every surrounding detail from the screams and carnage echoing across the city, to the outbreaks of unstoppable fires ravaging buildings, a lot of care has gone into making the fall of Raccoon City feel as visceral as possible. Imagine the opening of The Last of Us dialled up to eleven.

Once you are thrown into the main game, everything feels reassuringly familiar, keeping the gameplay style established in the previous game, third-person perspective action with slow, methodical shooting mechanics that demand calm and composure during the least calm conditions imaginable. Weapons upgrades are back along with the classic franchise staples like safe rooms and resource management, from bullets and health supplies to save points, ensuring that every action will have repercussions later in your game.

A returning addition to Resident Evil 3, that has been strangely absent in the series since the original Resident Evil 3, is the evasive dodge. If you are in a compromising situation and your options for movement are limited, hitting the dodge button while moving will allow your character to dodge out of the way of incoming attacks, perfect for those tight spaces where your only opening is in front of a lunging zombie. Getting it right can be like threading the eye of a needle but if you perfect it, time temporarily slows down and gives you an opening to take a shot at your gruesome assailant. This is especially handy during boss battles and needs to be a recurring feature in the franchise again.

Additionally, the game experiments with some unique mechanics during key sequences, that I will not spoil, but they add further depth and cinematic flair to the action.

Added depth is a recurring theme in Resident Evil 3, as the world itself feels more open and diverse in its visual presentation, rather than the predominantly fixed locations of the previous two games in the trilogy. You get to explore Raccoon City more thoroughly than you ever did before, with constantly shifting environments that still manage to feel as intricately planned out as the previous game’s masterful level design.

The constantly shifting locations are a necessity of the story, which is far more propulsive and intense than previous games, which build with a far slower burn before exploding. Resident Evil 3 is basically a series of explosions that get bigger and louder every time. It is unrelenting and that is what really sets it apart from the other games.

Capcom have wisely chosen to expand on the original’s rather anaemic story, adding characters from previous games, to more effectively bridge this story with Resident Evil 2 to make this story finally feel like it belongs with the other titles.

One of the main benefactors of this expanded storyline is Carlos Oliveira, a supporting character in the original game who gets really time to shine in a far more prominent role in the remake. He feels like an essential part of the story and a more complete supporting character to Jill now.

With the superior writing and the major steps forward in performance capture, 3D animation, and voice acting, there are many good performances in Resident Evil 3. The fairly rote cast of Resident Evil 3: Nemesis has been given some much needed spark and nuance. We are a long ways off from the days of “Jill sandwich” line readings, thank Christ.

No character benefits more from these improvements in performance than Jill, who has become a fully fleshed-out character in this remake. Unlike most protagonists in this survival horror franchise, Jill is an actual survivor, she has been through this before and carries the mental scars left behind from her ordeal during the “mansion incident” in the first Resident Evil. But she persevered and it drives her to fight to survive this new nightmare. Adding shades of PTSD to her dogged fighting spirit makes Jill one of the most layered, interesting and enjoyable protagonists in the series. It is hard not to root for her and do your best as the player to make sure she survives this.

Survival is not easily achieved, the threats presented in Resident Evil 3 are gruesomely designed and increasingly difficult to engage in combat, they will put your bullet management skills to the test. No more so than the Nemesis, the one-time titular menace of the original version. The Nemesis is a force of nature in this game, the character has received some exciting enhancements to make him even more menacing but his iconic growl of “STARS” still makes your blood run cold. He makes Mr X from the Resident Evil 2 remake look like a complete wimp. Due to the nature of the story and the constantly switching maps, Nemesis is not a randomised threat like Mr X but his appearances are more relentless and far more challenging due to his added speed and resilience.

While the game does not have the option to replay the game from the perspective of a different character, given this is pretty much solely Jill’s story, there are post-game incentives that offer replay value to the game in the form of in-game challenges and unlocks that can radically alter the tempo of future replays such as new skins and weapons, to name a few things.