Persona 5 Royal deserves to be experienced with the upmost respect; The same respect that Atlus intricately weaved into this jazzy, digital tapestry. 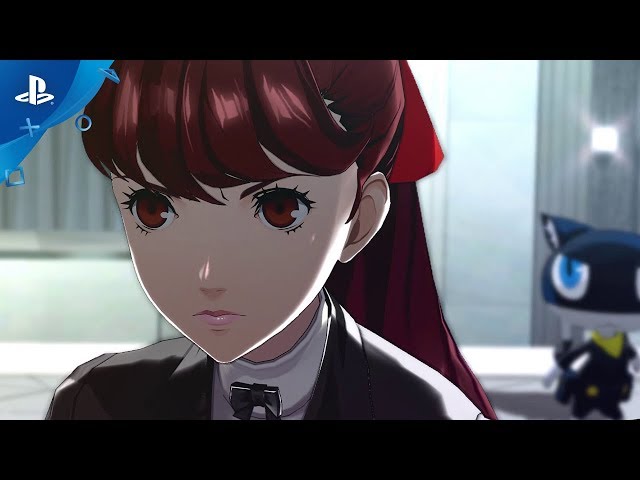 I believe it goes without saying that the “original” run of Persona 5 exuded a simply glorious, encapsulating level of artistry and character that we mere mortals daren’t expect again, let alone deserve in the first place. It’s the only game I’ve played at an event that has convinced me to purchase it on the spot, and again the only game I’ve played in recent memory where the allotted 45-minute demo felt as if it lasted but just a few instead. The garish gall that esteemed developer Atlus has, then, to return with Persona 5 Royal? Preposterous. And yet, I’m completely on board, enthralled with the prospect that I can relive such a gargantuan experience, albeit with improvements galore and, most interesting, a new playable character that steadily introduces a whole new spin on the already incredible tale.

For those that may not have had the chance to experience 2017’s release, Persona 5 follows the exploits of Joker and the Phantom Thieves, a rogueish band of unlikely adventurers that each harness the mystical power of a titular Persona. This “Persona” is a manifestation of the individual characters’ innermost personality and, as such, have a unique bond. Throughout the course of the game, the Phantom Thieves travel to the Metaverse on numerous occasions to visit the physical representation of one’s psyche – their Palace – to steal their Treasure, something that they hold dear in order to have a change of heart in the real world.

Within said Palaces, numerous enemy Shadows haunt the many twisting corridors, castles and whatnot, acting as defence for the valued Treasure. It’s in the bounds of these encounters that the many layers of combat are revealed to you, the player, over the first dozen hours or so. The mechanics haven’t changed all that drastically from the “base” game, should it be called that, although the entire experience has undergone some significant balancing. This, in turn, means that your favourite build from playthroughs prior may not necessarily translate perfectly should you try to replicate it, and whilst it may not constitute this new “definitive” experience as a fresh take on the Persona 5 formula, it certainly throws some nuance into the mix.

So far, so typical; at least for a JRPG. But, as we should all know by now, Atlus can’t just deliver a run of the mill JRPG, with it simply not being in their DNA as a studio. What we are left with, then, is the second half – and arguably, more important, let alone more niche – of the gameplay balancing act, specifically acting out the life of a normal student. Going to class, completing studies, hanging out with your friends and even – gasp – getting a job. These are all vital to improving your statistics and relationships with your friends – or Confidants, as they are more commonly referred to within the world of Persona 5 – and grant many bonuses both in and out of the battlefield. From unlocking the ability to craft infiltration tools to nullifying a lethal attack, the range of the upgrades are both vast and significant in equal measure. Focusing on some relationships may, if not balanced correctly, come at the cost of others, and you shan’t know what you’ve missed out on until a next possible run, should you decide to embark on one.

And what a balancing act this is. Choosing to get ramen with Ryuji will take an evening up – an evening that could have been spent studying, or working for some extra pocket money to spend on useful tools for your next infiltration. There’s a finite amount of days to be experienced throughout your time in modern-day Tokyo, and it’s ultimately up to you how you spend them. Naturally, there are events that happen on set days that you can’t navigate around but, for the most part, your time is in your hands. This can occasionally feel overwhelming and, for those like myself that revel on the prospect of min/maxing your way through a JRPG such as this, it can quite often feel like you aren’t on the most productive path. This feeling never quite goes away and it’s absolutely one that irked me something rotten, but taking your time to understand the many intricacies of the underlying systems will at least point you in the right direction. The system is most akin to that found in Fire Emblem: Three Houses, albeit on steroids. Gone is the simplicity, foregoing restrictions for full-on social carnage.

Bar the few minor differences I’ve mentioned, then, this more complete version doesn’t necessarily warrant another release, let alone purchase, and, despite the more major differences that have yet to be mentioned, this feeling once again never quite leaves you – more on that later, though. The larger, more interesting addition would be the inclusion of Kasumi, a brand-new playable character and, naturally, a new Confidant to explore. The addition of Kasumi doesn’t feel like your standard DLC release that Royals can quite often feel like, having her intricately woven into the core strands of the tale from start to elongated finish. Another school semester has been added, adding additional endings to be experienced and explored, with Atlus touting an additional 30 more hours of gameplay. I can easily say that Persona 5 Royal‘s has granted that and more in terms of overall length, but this may be me looking to appreciate this experience more, at least when compared to my first playthrough of the original which was, to say, somewhat rushed. The main Palaces visited throughout are largely the same, but the inclusion of a new tool – the Grappling Hook – offers new unexplored areas in potentially familiar environments and the moments where you’re able to whisk yourself away to somewhere new never fail to delight.

So let’s talk about that elephant in the metaphorical room, then. The one blemish on an otherwise perfect game doesn’t come from the content itself but its existence as a whole. For many that enjoyed the original release like myself, the release of an improved version a mere 3 years later may sting somewhat. Yes, the Persona franchise may be known for releasing more “complete” versions, although this is usually on a different platform, hence the apparent disappointment when this was first rumoured to come to the Nintendo Switch. Yet, this surface-level blemish fades away from the moment you start playing. From the captivating first beats of a momentous tale, you forget that this is essentially a Game of the Year release with extra DLC. This is Persona 5 Royal, and deserves to be experienced with the upmost respect; The same respect that Atlus intricately weaved into this jazzy, digital tapestry.