Northgard was first released in February, 2017 on PC. Developed by Evoland and Evoland II’s creator, Shiro Games, Northgard has been described as a real-time strategy game, set in the world of Norse mythology, in which different viking clans explore and colonize the new land of Northgard. Two and a half years later, we find the exploring Northmen set sights on the console world, but how has their latest adventure fared? 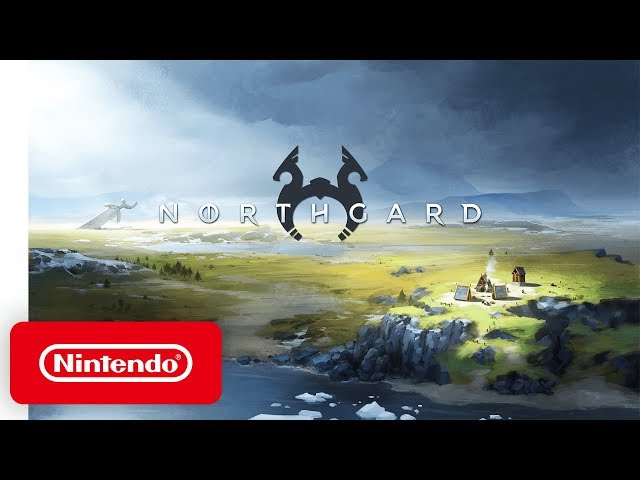 Having not played the PC iteration of Northgard personally, I entered the icy north with minimal information about the story itself. Story-wise, though, I found I did not have to worry about much depth, for better or worse. Northgard has a simple enough story, consisting of typical tropes such as the main protagonist seeking revenge against the main antagonist following the death of his father, for the sake of his honor and his people. Not a bad story, just a simple one. The positive of such a simple story is it allows the player to jump straight into the action. However, I found myself wanting more purpose to said action at times. Perhaps it is because I enjoy Norse mythology as a whole, but it seemed like the lore available of such is so exhaustive that a bit more could have been done for the Northgard campaign.

Not that myths and legends are excluded. As the campaign progresses elements and creatures are introduced, ranging from Valkyries to wyverns, kobalds to droughs. Even the clan names and representatives are Scandinavian in nature. Additionally, an additional game mode entitled Ragnarok exists for your cataclysmic-Norse entertainment. Still, given the richness of Norse mythology, it lefts me a bit longing.

Gameplay mechanics of Northgard are fairly standard for most modern RTS titles. Priorities begin with resource gathering such as wood, food, stone, iron, and so on. One thing I liked about the implementation of these mechanics compared to similar titles is how dynamic things can become if you focus on it. For example, when gathering resources such as food from a farmed field, you must first assign a villager to the field like a worker. Have plenty of food but are desperately short on wood? No worries, as the game allows you to reassign workers on the fly in order to prioritize according to your current needs. Your simple farm worker can become an axe-wielding warrior in an instant, potentially landing the critical blow that saves you from disaster. It simplifies matters when only needing to rely on growing the number of villagers rather than taking time to train warriors, farmers, and so on, only to realize that you no longer need one type or another and just watch them idly sit around without purpose.

Once resources are established, mission completion criteria varies from establishing a foothold in the new land, defeating enemies, and the like. Other classic RTS victory conditions such as reaching certain fame, trade, conquest, and similar milestones exist, though only when a campaign-specific victory condition does not take priority. Conquest in Northgard consists of expanding your foothold in various regions through colonization. Colonization requires exponentially larger amounts of food, along with having first scouted the area itself. Scouting was a bit hit or miss in my experience as there was no way of directing scouts specifically where to explore. There were a few situations where I basically had to sit and wait until my scouts decided to explore the map area I needed to pass through to continue the campaign.

Players are also required to keep track of the time of year as winter is always coming…seems like I have heard that somewhere before. Winter in Northgard his quite harsh, reducing food production and even the effectiveness of your armies. These difficulties can be remedied a bit through skill point progression. Unfortunately though, due to the limited number of options, customized builds are basically non-existent. Each playable clan does have their own skills to choose from, though customization level remains consistent.

In addition to campaign mode, Northgard offers the player three additional game modes for a bit of variety. For added challenge outside of the campaign, single player skirmishes offers the chance to choose one of the seven playable clans and fight for survival. Not chaotic enough? Switch over to the previously mentioned fight for survival of Ragnarok in which end-times-esque environments and fearsome foes. And of course, the option to go head to head with fellow human players in league-based competitive multiplayer. While I did not get the chance to try out multiplayer during my review process, perhaps this would improve the lack of depth I experienced otherwise.