Read out review of the punishing yet brilliantly old-school Jump King. 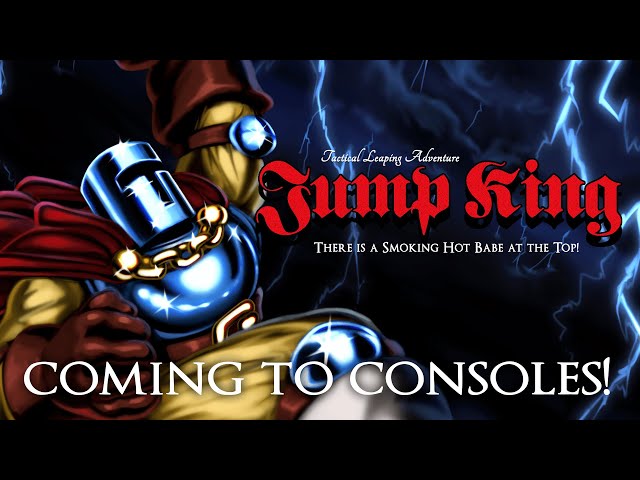 Jump King has a simplistic premise. You are a king and you can jump. Your sole objective is to jump from one platform to another, scaling the vertical map until you reach the top.

The challenge comes from the mechanics within said jumping. You determine how high or how far you jump by holding down the jump button, pointing in the direction you wish to jump and releasing it. If you get it right then you will land perfectly, there is a brief moment before landing where you can adjust your trajectory although not by much. If you miss the target or collide with something then you will drop like a sack of potatoes. Potentially dropping back down and undoing multiple screens worth of progress.

Jump King is a true throwback to a time when games came with basic concepts, stripped-down mechanics, and were still punishingly difficult. But surprisingly, this is not a game that ever made me rage quit or uninstall it in an act of petty protest. A great deal of entertainment value was derived from completely messing up a jump and plummeting for multiple screens before face-planting. It all comes down to the animation and the sound effects used. These are very much of the 16-bit era and the perfectly illustrated pixel figure lying face down in the dirt, following a satisfyingly crunchy sounding impact, ensures your failures retain some comic value. The longer the drop, the funnier the landing seems to get. How prevalent is your ludicrous failure in this game? You actually receive trophies/achievements for messing up. It is expected and expected often.

Checkpoints come in the form of ravens and they are few and far between. This is not a game where you can save your progress with ease, if you need to shut it down after making a lot of significant progress but have yet to find another raven then you better get a notepad out and record all the timings for each jump because you are going to be repeating them all later. This is a very old school approach to level progression, harking back to an era where save functions were limited or often non-existent.

The whole aesthetic of Jump King is as thoroughly retro as its difficulty is, with a beautifully pared-down but still vibrant and evocative 16-bit art style and equally retro sound effects. There is minimal music, only the soft whooshing sound of your jumps and the harsh bitty noises of hitting something accompany your efforts.

Even the objective is embedded in the past, and your mileage will vary on how amusing this is, but the entire purpose of the game is to reach the top and find a “smoking hot babe.” This is, of course, a nod to the princess rescuing trope that dominated gaming in the ‘80s and ‘90s, you will all be aware of the “Princess is in another castle” screen from Super Mario Bros even if you have never played the game. The wording raises some eyebrows here but the fact that everything about this game is so amped up and ridiculous leads me to believe it is intended to be satirical. Do not ask me how this game pays off that joke because, full disclosure, I still have not finished the game. It is just that tough.

Despite being constantly bested by the game, I have experienced enough to know that Jump King is more than worth the time. It never feels frustrating to play. The difficulty stems from challenging level design and precision controls rather than unnatural difficulty spikes or convoluted systems. This made the failures understandable, they were moments you could learn from. There were times where you would readjust your approach in hopes of finding success and when that success was found it was always that extra bit rewarding because you knew how much work it took to get there.

Jump King may well enrage many with its unforgiving platform gameplay but those who enjoy a steep challenge, that relies on skill rather than blind luck, will find untold hours worth of entertainment here. With all that in mind, Jump King feels like a perfect game to play on Twitch as long as your channel is set to mature audiences because there will most certainly be a lot of swearing involved.