There will always be experiences that become synonymous with a console and, at least up until God of War was released on the PS4, Indivisible was that for me. Or rather, the demo of it was that for me. Back in 2015, a prototype was released to the PlayStation store to coincide with their Indiegogo campaign and, unsurprisingly, it had me captivated. Both the art style and the gameplay – both the combat and the platforming – had me in awe at the sheer competency that developers Lab Zero Games so clearly showed, even at the aforementioned prototype stage. And then, just as readily as I picked it up, I forgot about it. It became a memory of the early PS4 library, bar the occasional flashes of brief, previously-experienced gameplay heaven every few months or so. It took a post on Reddit for someone to remind me of the game and, ever since then, it’s been one I’ve been anxiously looking forward to. 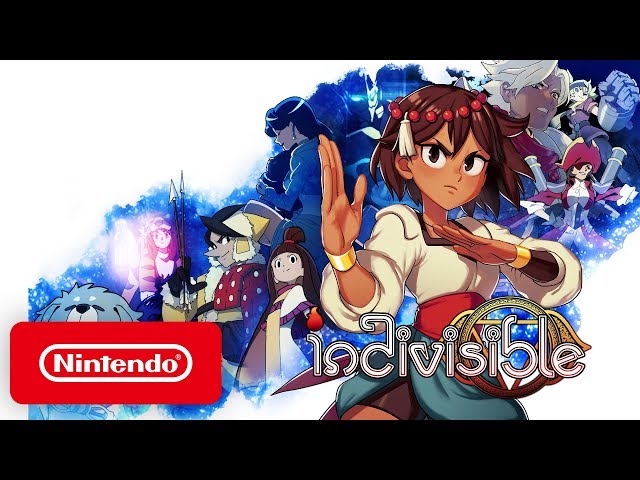 Waiting an extensively long time for a game can certainly skew one’s perception of the finished material, in both a positive or negative manner. Whilst many will be overly grateful that a product is in their hands and either overlook or simply forgive many of the shortcomings at hand – I personally experienced this first hand with Final Fantasy XV after a near-decade-long slog – others will find themselves overly-critical, finding every fault imaginable to invalidate the time spent in incubation. Indie games such as this usually find themselves exempt from the above rule, but more reliant on PR prior to launch. Whilst other versions of the game launched in late 2019, the Switch version had a vague release window of “Early 2020”. On the afternoon of the 28th of April, Indivisible unexpectedly – for both consumer and developer alike – launched on the eShop, leading to an onslaught of queries and concerns on Twitter from eager fans. Whilst it turns out if was but a mere user error on the publisher’s release tool, it did result in the more die-hard fans – the Indiegogo backers – not receiving their digital keys until the general population had already spent extensive time exploring the expansive world throughout. Through no fault of Lab Zero Games, discord – minor or otherwise – had been sown throughout their Switch-specific community and, again, it’s likely to influence the feelings and thoughts one would have when going into Indivisible.

Despite not having these concerns myself – this key was provided by the publisher, after all – I’d imagine it would be safe to assume that such feelings would have dissipated in the opening moments. Indivisible masterfully manages to meticulously meld various genres together seamlessly, leaving us a wholly impressive package overall. You primarily play as Ajna, a teenager who, after having her village set ablaze by bandits after years of peace, leaves her once-idyllic home in search of revenge. As cliche an opening as that may be, it should come as no surprise that, naturally, this is but one step on a multifaceted path that soon opens up, involving the ever-apparent mysticism and magic that the world has in abundance. Thankfully, it’s not only the plot and the environment that open up – Anna’s personal character development, although not entirely unique again, opens up in a predictable but emotional way, and it leaves you with a still-spunky, yet more refined, version of herself by the narrative’s end.

For the few moments the narrative may seem to lull, the gameplay never fails to captivate and delight in equal measure. Worldly exploration is achieved via fully-fledged 2D platforming, inclusive of both wall-jumping and the copious types of hazards that one would not fully expect to find in your regular RPG. Challenging-yet-fair, exploration evolves the further you delve into latter areas, complete with hidden items to find littered generously throughout. Such a brilliant, enjoyable and deep aspect of the game would usually be the defining factor but, as stated, it’s to Lab Zero Games’ credit that the combat aspect of the game is equally as refined, and a perfect compliment to an already stellar game.

Each ally that you choose to take into combat – up to a maximum of four at once – ties each of the characters to a respective face button based on their physical position in the party; The character at the top will be tied to the X button on the Switch, the bottom will be B, and so forth. Through clever character combinations, you’re able to effortlessly weave intricate waves of destruction down upon the varied onslaught of foes you find littered throughout the journey. That is, up until the many difficulty spikes slap you back down to the depths of despair – at least, up until you find a stronger, more synergetic party composition to assist you further.

It’s clear, then, that the two core gameplay pillars are excellent in both their approach and execution. The sublime art style used throughout, however, is the true binding element that keeps such an experience feeling fresh and inviting. The implementation forgoes the mix of conventional 3D assets as found in the Final Fantasy and Tales Of games that we’re accustomed to and instead paints a much more colourful, cartoony aesthetic throughout. Whilst the juxtaposition of plot and said aesthetic could have been a point of contention, both essential elements complement one another. The varied locales invite exploration and amazement, whilst the writing and repeated use of humour prevent the game from taking itself too seriously. Animation in particular, both in and out of combat, feels fluid and crisp.

There’s certainly a lot to love about Indivisible. The masterful execution of all elements throughout boast a level of competency not seen all that often in the “lesser-heard of” range of games that Indivisible seems to find itself in. Granted, difficulty spikes can lead to frustration throughout – frustration further amplified by the sheer lack of otherwise middling issues – but when the adventure is said and done, you’ll find yourselves looking back at it fondly. And maybe, if you’re like me, starting it all over again. It’s that good.