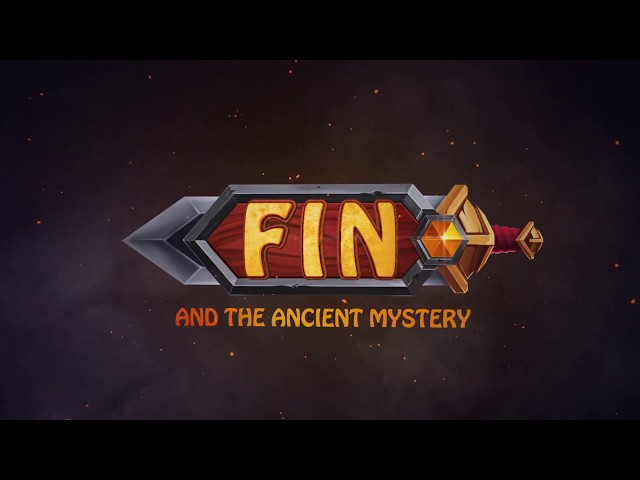 Fin and the Ancient Mystery, developed by Tzimmes Games, is an action platformer starring the titular Fin, a fennec fox. As the name suggests, the player controls Fin…trying to solve an ancient mystery. Sadly, this is about as deep as the game’s story goes throughout.

The gameplay mechanics of Fin and the Ancient Mystery greatly attempt to overcome the lacking story of the game. And while I am hesitant to agree with the developer’s use of the “Metroidvania” description due to the mostly linear, level based style of the game, the puzzle solving and combat-based feel are enjoyable regardless.

As with similar platforming-type games, gameplay mostly consists of the player jumping from platform to platform, avoiding painful obstacles and frustrating enemies while collecting anything shiny that you find. Collectibles primarily consist of purple gems of differing sizes used as currency in game. Said currency can be used to purchase health potions, magic potions, invulnerability shields, or simply raw experience. However, at least until you get more used to the game you will likely use this currency to respawn you after dying at inopportune times. That being said, all power-ups that can be purchased can likewise be found in hidden chests scattered about most levels.

In addition to the currency collectibles, taking out enemies, along with breaking barrels and pots, gives the player a random assortment of health, magic points, and experience. I was initially excited upon learning that there was a leveling mechanic in Fin and the Ancient Mystery as I thought it would add a bit of extra depth to the normally flat platforming experience. However, leveling up really only consists of being given a skill point and a choice of using said point to increase attack damage, magic damage, hit points, or magic points. No new attacks or magic abilities are ever available, simply increases in power. Not only does this essentially remove the hopes of depth from leveling up, the choice of where to use your skill point seemed a bit limited to me. As the game progresses and you level up, the enemies “level up” in their own way by causing more damage and being able to take more damage. As I played through the ten levels of the game, I basically found myself pigeonholed to leveling up attack damage just to avoid having to hack away excessively.

The enemies in the game, while largely just re-textured or re-colored versions of earlier enemies, had enough mechanic variety to keep the player engaged and trying to think on the go. The levels also include boss enemies inspired by the level itself. Some of these bosses require interesting strategies to defeat, including my personal favorite, a wooden fellow who only says “I am not Groot.” Sadly though, many of the bosses could be simply defeated by tossing on an invulnerability shield and just tanking away.

For what this game is, I almost feel as if pointing out technical difficulties as nitpicking. However, a few issues did occur consistently enough that I felt they warranted inclusion. First of all, early on in the game I noticed that a few sections of background texture would flicker and glitch upside down when walking by. Unfortunately, this was not limited to that early level as I experienced similar graphical anomalies in several other levels. Seems as if this could be easily patched up by the developer, though easily noticeable in the meantime.

Of more significant concern from a technical perspective was the issue of control and physics-based hiccups. The controls themselves suffered from fairly common input lag, which, in a game of this nature with enemies and traps all around, can be fairly game breaking at times. Some controls even utilized touchscreen-based mechanisms which, again, did not translate well to a platformer. Finally, some of the moving platform sections of the game seemed to suffer greatly from not knowing how physics should work in a game environment. This ranged from being pushed backwards and off of platforms regardless of other movements, to randomly auto-jumping over non-existent bumps, even to somehow scaling sheer walls when jumping at them.

brand
Fin and the Ancient Mystery | The Digital Fix