Gaming headsets are two-a-penny – especially in the budget space and while you can spend hundreds on a decent pair of cans it’s actually a lot harder to decide which headset is worth your money at the lower end of the scale. 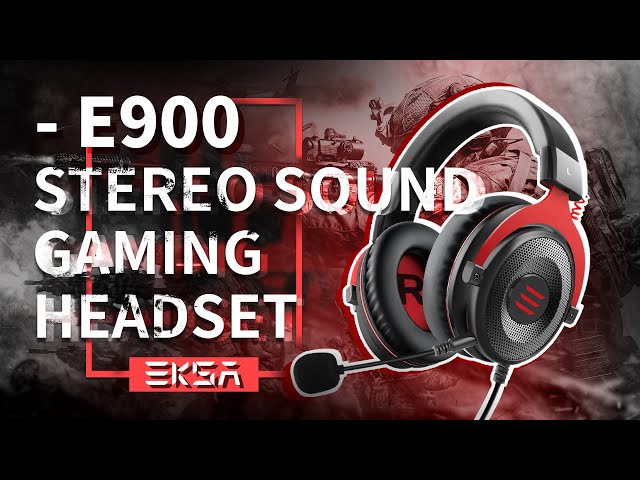 However Eksa have made that decision a whole lot easier with their E900 Gaming Headset. They tick every box and we’ve yet to find something they don’t excel at – especially considering they’ll cost you well under £40…

The E900 Headset arrives well packaged in a nice and solid box – inside you’ll find the headset, which is remarkably light, alongside the detatchable noise cancelling mic and a 3.5mm splitter for PC users. The headset is compatible with all of the current generation of consoles as long as they feature a 3.5mm connection – this only excludes early Xbox One controllers which feature a proprietary connection.

There is no USB connection which – but this is to be expected from a standard stereo headset.

They really are plug in and go and we had no problems with them registering on any of our hardware. Adding the microphone is as simple as connecting it through its own 3.5mm plug and ensuring that the microphone isn’t muted on the switch on the cable.

The E900s are lovely to wear – their lightweight design and extra comfortable pads mean that you can eventually forget they’re on your head. They’re not the most discrete of things but in terms of pure comfort there’s literally nothing to complain about.

The audio experience again impresses – there’s no background hiss and wonderfully sharp and responsive sounds. These are basic stereo headphones but their wide separation helps with sound placement remarkably well with games such as Fortnite which relies heavily on directional audio. The gunshots sound nice and meaty and the headset also delivers a quality rendition of the soundtrack. Vocals are also lovely and clear.

The Eksa E900 Stereo Gaming Headset is brilliant value for money and delivers an impressive experience. We would recommend these as our first choice for those on a budget.