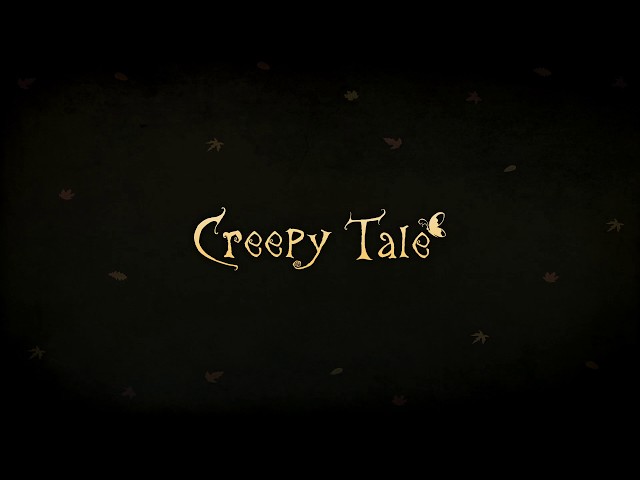 As this is a mostly story-driven experience, I will leave much to the imagination in order to not spoil your own adventure. Creepy Tale starts off with what appears to be two brothers or friends collecting mushrooms in a foggy, mysterious forest. Probably not the best idea for two young boys in the first place, but I digress. Your portobello-picking-partner soon becomes distracted by a beautiful butterfly, and frolics after it right into a cabin. Glancing into the window, you are confronted with your partner being captured by monstrous creatures with glowing eyes, and led away with some sort of collar device around his neck. Thus begins the adventure.

The environment and general ambiance of Creepy Tale are the real stand outs here. I was immediately drawn into the world with my fancy coated little avatar thanks to the graphics that are somehow both charming and terrifying at the same time, along with environmental sounds and music that add beautifully to the sense of intrigue and suspense throughout.

Further, I do not mind admitting that I, as a grown man and fan of suspense and horror, experienced countless jump scares as I tried to focus on puzzle-solving. The antagonists of the story, seemingly animated or at least influenced by the mysterious butterflies, transition from ho-hum wandering to full pursuit mode upon seeing the character, paired with perfectly timed sound effects, to completely throw the player off their game. Thankfully the respawn mechanic is quite forgiving, as you may find yourself taking advantage of it more often than you would care to admit!

I have but two gripes after my time with Creepy Tale. I understand that puzzle-based, point-and-click-esque games are meant to be tricky and force the player to thin, however, this game is about as far away from hand-holding the player as you can get. I enjoyed this bit, though, as a sense of challenge added to the experience. What I did not enjoy were the graphical elements I had to interact with to solve said puzzles. Some of the elements are incredibly minute, perfectly blended into the scenery, or simply covered up. The very first “puzzle” in which you have to pick all of the mushrooms can cause some frustration until the player realizes that the minuscule mushrooms might be covered up by the ever falling leaves. At first I thought my troubles were related to playing the game in handheld mode rather than docked, though tv-based play was little better.

My second gripe is a much lighter one. I hated how short the game was! I had just gotten fully immersed in this charming, fairy tale of a world, and the game was over! I sincerely hope the creator makes a follow-up to this game.