Ciel Fledge: A Daughter Raising Simulator developed by Studio Namaapa is, as the name suggests, a simulation game in which you as the player are tasked with raising an adoptive daughter, Ciel, from age 10 to 18. This is an interesting concept in itself, but what Ciel Fledge tosses in for added intrigue is a surprisingly compelling story. 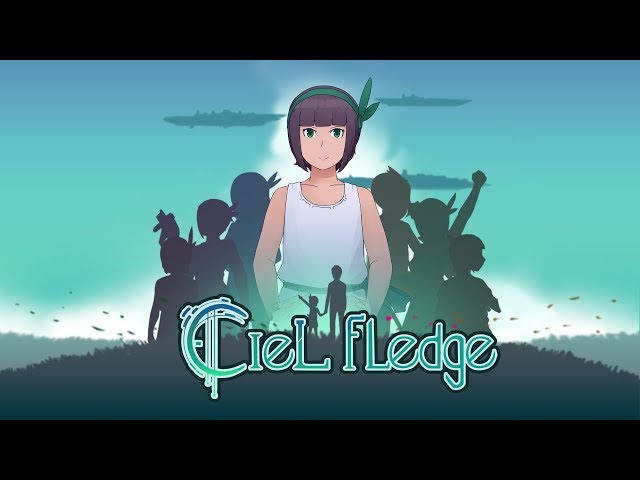 Ciel Fledge takes place in a somewhat dystopian world in which people live in cities floating above the ravaged surface world. The story starts out with the main character, controlled by the player, is tasked with raising a 10 year old girl who was found on the surface with amnesia of some sort. In the lore of this world, survivors living in the floating cities help out when children are orphaned, being referred to more as caretakers than adoptive parents.

Game play in Ciel Fledge is divided into the phases of battles, scheduling, and customization, with narrative cut scenes intermixed as well. Cut scenes are utilized to move the story along, which is quite welcome given that nothing else seems to do much for the story’s progression at all. Other than a few scripted situations that may pop up, I found during my time with the game that what I did in battle or scheduling events had little to do with the story. Now, you will quickly be threatened with having your ward taken away if Ciel’s stress gets too high and she collapses, but otherwise tasks felt more like diversions between cut scenes.

The battle system in Ciel Fledge feels more like a puzzle than a battle. Players are tasked with clicking matching combinations of colors in a 3×3 grid, with the required combinations varying depending on what type of battle you are engaged in, what techniques you want to use, and simply what colors are available at any given time. Unfortunately, this system felt clunky at best due to the much too common incident of accidentally clicking the incorrect tile, trying to undo/reset what you have done, only to accidentally submit the move instead. Techniques add a bit of flavor text to these otherwise benign encounters as they are unlocked based on how you raise Ciel, though this is negligible at best.

The scheduling aspect of Ciel Fledge is by far the most tedious. In a way, this is an accurate representation of being a parent. However, the lack of variety in scheduling options, along with the fact that, other than occasional random encounters, all you get to experience as the fruits of your scheduling labors is a chibi avatar of Ciel bouncing around a map, and skill growth at the end of the week. I quickly found myself falling into the laziness trap of not changing the schedule from week to week just to move things along.

Customization of Ciel was an interesting diversion at times. Based on what classes/activities that you schedule for her, you are able to shape what sort of personal strengths and interests she will develop. Additionally, the game provides a way of getting income and subsequently purchasing new clothing and outfits that you can also change at a whim. Again, this limited visual diversity that you are tasked with has little at all to do with what actually happens in the game. At its heart, I felt more that I was playing a visual novel with frustration interludes interspersed than an actual simulation.