Last night Microsoft unveiled some more of their exclusive releases – including the big news that we all knew was coming anyway; there will be a new Fable game. They have now published the full show in 4K 60fps so you can watch that above. 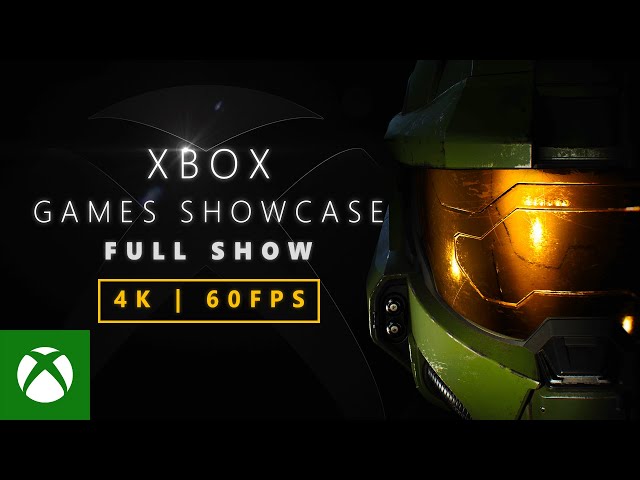 One of the interesting things we noticed was that despite previously saying that all first party games released over the next two years would be compatible with every Xbox from the Xbox One right up to the Xbox Series X, many of the titles that were shown bore no mention of the Xbox One in their title cards. This could be a sign that Microsoft have switched tack and are targeting Xbox Series X exclusively for these titles in order to not have to hold things back for the 2013 console.

Every game revealed last night will be available via Xbox Game Pass on the day of release.

The gameplay reveal last night was just OK – the stream made the game feel washed out and glitchy but the official gameplay trailer looks MUCH nicer in the full 4K above. Much more colourful and silky smooth and it’s put it back on our must buy list when the Xbox Series X launches.

Bungie and Microsoft go hand in hand so the news that a fully enhanced Xbox Series X edition of Destiny 2 is on the way isn’t a massive surprise. Again it looks gorgeous, sharp and colourful and could be the definitive edition of the game. It’ll also be joining Xbox Gamepass and is set for release on 10th November (could this be the launch date of Xbox Series X?)

This looks lovely, but the trailer was made up largely of static or lightly animated scenes. It has a huge amount of atmosphere and looks very story focused. Hopefully we’ll get a better view of what the game looks and plays like in the not too distant future…

Obsidian impressed with the reveal of their next full RPG – Avowed looks lovely and promised to see all of the elements you’d expect from an Obsidian game in a suitable massive world.

OMG! Fable – OK it’s not a surprise that it was announced and we didn’t see any gameplay but Playground have clearly captured the magic of the original Lionhead games. They’ve not put a foot wrong with the Forza Horizon series, making a racer appeal to people who don’t usually play racing games so their ability to create a beautiful game isn’t in question. This could be the most anticipated game on Xbox Series X.

This looks fascinating with anime styling and intriguing gameplay. We’re not entirely sure what’s going on but it looks like it could be a lot of fun even if it is only a platformer.

Rare have impressed us with Sea of Thieves – slowly changing a so-so multiplayer into an essential online world of pirate fun. And with Everwild we get to see something that looks like nothing else. Stunning Studio Ghibli-like creatures and an intriguing premise suggests this might be one of the most exciting releases heading to the Xbox ecosystem.

The second State of Decay was one of the most disappointing Xbox exclusives of this generation. Buggy, derivative and not really any fun to play. Yet, State of Decay 3 has the potential to be awesome and the footage in the trailer, while not gameplay, looked evocative and beautiful. Finger’s crossed they pull it off this time.

It’s Honey I Shrunk The Kids the video game. Looking like a cross between Fortnite (in it’s Save The World form), Roblox and Minecraft in a larger than life world it sees you and a group of your friends take on the oversized insects and beasts that live amongst the blades of grass.

Lots of FPS destruction, CrossfireX looks like it could be a lot of fun – if it can find its own voice amongst all of the other identikit shooters out there.

Another must buy for many Xbox players, Psychonauts 2 looks just as absurd as we’d expect and while it might not be the biggest technical showcase it still looks great.

Ori and the Will of the Wisps

It’s Ori, in 4K at 120fps – it’s going to look utterly beautiful and given it’s a free upgrade it’ll be essential. Not only that, the beefed up Xbox Series X audio specs mean that it’ll sound even better too.

Jaw-dropping visuals and hardcore gameplay in the latest instalment in the SERIOUS Forza series. This will be an essential buy for all racing fans.

The Best of the Rest…

The Outer Worlds: Peril on Gorgon

brand
All of the best announcements at the Xbox Games Showcase – and watch the full show in 4K now! | The Digital Fix