A new gameplay trailer for Terminator: Resistance is here with a focus on the game’s cyborg-fighting combat. 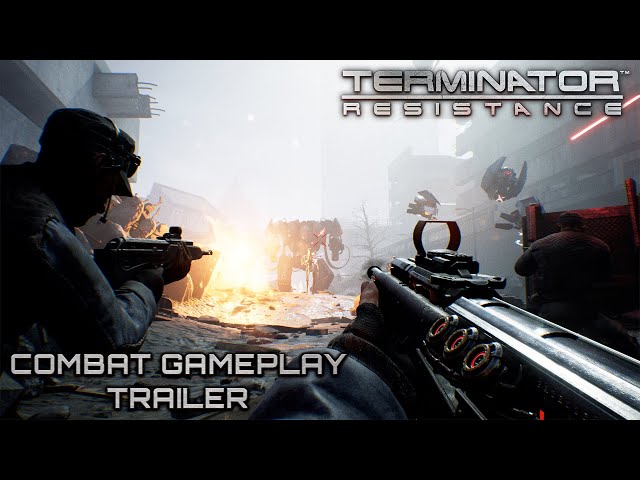 Terminator: Resistance producer, Piotr Latocha, said “When developing the game we knew that authentically recreating the Future War scenario was key for fans, so we put a lot of effort into analysing the short glimpses we get of the future in Terminator and Terminator 2 in order to bring those environments and details to the game as closely as possible. The best example of this is the resistance shelter which is seen in the first Terminator. Also the Resistance uniforms are recreated with a lot of attention to detail. We really hope Terminator fans will enjoy lovingly crafted touches such as these in the game.

Combat is an exciting part of TERMINATOR: RESISTANCE but our team has also worked hard to create a thrilling story, an engaging cast of characters and satisfying RPG-lite mechanics.”

There’s no doubt that the game is certainly looking like it’ll be a lot of fun to play. Alongside the new trailer Teylon have also released a separate video showing the first few minutes of the game. You can watch that below.

Piotr went on to say “We wanted to create situations in the early part of the game where engaging T-800s elicited dread and fear. So at beginning, the player has no access to plasma weaponry, so he isn’t able to harm a T-800. The only way is to avoid it or knock it down with a shotgun and use the moment to flee. The situation changes when Jacob gets access to more advanced weapons later in the game.”

The first mission of the game also introduces some of the survivors whose fates have been entwined with Jacob. Players are given the choice of how they want to interact with these characters through dialogue and side missions.

“We believe that in the Terminator universe the characters are as important as the combat itself, so we created a cast of characters with intriguing backstories that the player will have a chance to learn if they’re willing to. Gaining their trust will be crucial because that impacts how each of their stories ends.”

brand
Watch the Terminator: Resistance ‘Combat Gameplay Trailer’ and check out the first few minutes of gameplay | The Digital Fix