The first gameplay trailer from the comprehensive farming sim, cunningly titled Farming Simulator 19 is here. The trailer focuses in on the crop harvesting that you’ll likely be doing lots of on your farm.

There’s no doubt it’s the best looking farming simulation ever released – and the attention to detail is truly magnificent.

Farming Simulator 19 is the deepest, most complete farming simulator ever as the multimillion-selling franchise takes a giant leap forward and provides the richest farming experience ever made for consoles and PCs. The game is an accurate simulator at heart, filled with deep management options, though it is also an accessible sandbox featuring two huge new maps, countless vehicles and a range of equipment to play with. Farming Simulator 19 boasts the franchise’s largest roster yet with over 300 unique vehicles and equipment from all the leading brands, now including John Deere alongside Case IH, New Holland, Challenger, Fendt, Massey Ferguson, Valtra, Krone, Deutz-Fahr, and many others.

At launch, Farming Simulator 19 will include two new American and European environments, filled with exciting new farming activities. Plant and harvest many types of crops including the all-new cotton and oats. Tend to your livestock – cows, pigs, sheep, chicken – and for the first time raise and ride horses to explore the huge environments.

Farming Simulator 19 is arriving November 20 on PS4, Xbox One and PC/Mac. 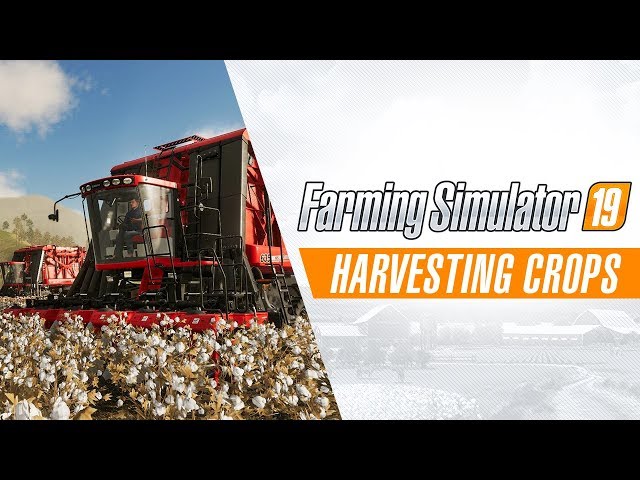