Still not 2018, but a week early isn’t something to argue with!

Metro Exodus has gone gold and with that news is the even better announcement that the game is now going to be released a week early on 15th February 2019.

To celebrate the news, developers Deep Silver have revealed the game’s title sequence created by Santa Monica based studio, Elastic, the award winning makers of some of the most iconic title sequences of recent years including Game of Thrones and Westworld, this beautiful introduction to the game is set to an original score by Metro series composer Alexey Omelchuk.

“We were absolutely thrilled to be contacted by the team at Deep Silver and 4A Games to create this Main Title Sequence,” said Andy Hall, Creative Director at Elastic. “It’s the type of project we love. Once we had been immersed in the game, we essentially lived in this frozen and terrifying landscape for many, many weeks…we are delighted with the final film.” 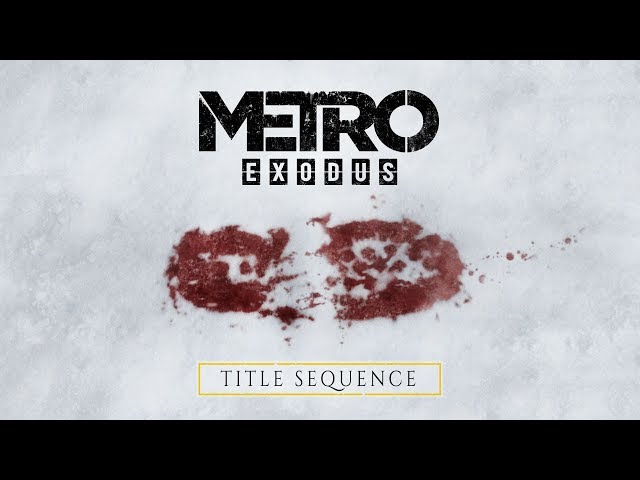 Brand
Want to play Metro Exodus early? Your wishes have been answered as its now coming on 15th February! | The Digital Fix