30 minutes is all it takes for Nintendo to announce a huge number of new games – both brand new and ports. You can watch the full direct above and we’ve summarised all of the announcements below… 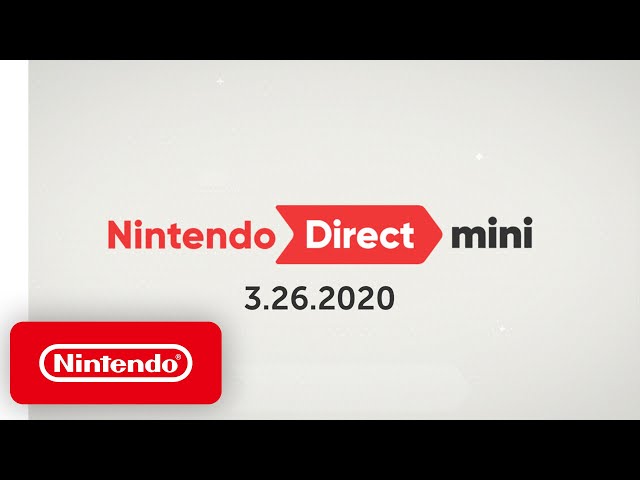 In this madcap action-puzzle game from Nintendo, perform hilarious and challenging tasks around a sprawling office building to get the job done by any means necessary, alone or in two-player mode

The update adds a new Rhythm Game mode, an option to switch to a female voice and to change the language of the in-game voice, and more. In the Rhythm Game mode, move to the beat of a dozen music tracks from Ring Fit Adventure and a few tracks from popular Nintendo games, including Super Mario Odyssey, Splatoon 2 and The Legend of Zelda: Breath of the Wild.

Shinsekai: Into the Depths

In this deep-sea exploration game, players collect resources to upgrade their gear, craft items and dive deeper into the abyss. As they explore increasingly mysterious environments, players have to monitor their oxygen and pressure levels to survive.

Enter Luke Skywalker’s Jedi Academy to learn the ways of the Force! Players can customize their Jedi looks and battle online with up to 16 players

Now that Animal Crossing: New Horizons has launched for Nintendo Switch, the first seasonal event is on its way! Between April 1 and April 12, residents of the island can participate in Bunny Day to find eggs hidden by bunny visitor Zipper and craft special items with them. The next free update to the game hits in late April, which adds the Earth Day event.

In this follow-up to the original Bravely Default, four new Heroes of Light embark on a grand and glorious mission guided by the elemental crystals. Like the first game, Bravely Default II features a battle system that emphasises strategy, with players deciding when to attack (Brave) or hold back and wait for the right moment to strike (Default).

Many games from publisher 2K are coming to Nintendo Switch on May 29, including sci-fi classic XCOM 2 Collection – which contains XCOM 2, 4 DLC packs, and the War of the Chosen expansion – as well as Borderlands Legendary Collection, which contains the original Borderlands, its sequel, Borderlands 2, and its “pre-sequel,” Borderlands: The Pre-Sequel. 2K is also bringing its acclaimed BioShock series to Nintendo Switch, with BioShock Remastered, BioShock 2 Remastered and BioShock Infinite: The Complete Edition, as well as BioShock: The Collection, which includes all three BioShock games in one package.

The first fighter in the Super Smash Bros. Ultimate Fighters Pass Vol. 2 will be joining the battle from the Nintendo Switch game ARMS! The fighter will be announced and released this June.

Four-in-a-row, Mancala, Slot Cars, Sliding Puzzle and Texas Hold’em are only a handful of the 51 games from around the world included in Clubhouse Games: 51 Worldwide Classics. Some of the games are multiplayer, including options for up to four people to play locally or online. Clubhouse Games: 51 Worldwide Classics launches for Nintendo Switch on June 5. Anyone who wants to pre-purchase the game can do so starting today.

10 years later, the classic high-octane racer is back with this remastered version. Featuring breakneck racing, high-flying stunts and, most importantly, shameless amounts of automotive destruction, Burnout Paradise Remastered crashes onto Nintendo Switch in 2020.

Take on the role of a DJ in this upcoming rhythm game from Harmonix, the creators of Rock Band. Fuser launches for Nintendo Switch this autumn.

Since 1990, the King’s Bounty series has been influencing the evolution of western RPGs. In this new sequel, the series is back with a fresh look and a new approach. In King’s Bounty II, the graphics are more realistic, in-game choices matter more than ever, and a new character development system informs the ethics and affinities of new characters. King’s Bounty II launches on Nintendo Switch in 2020.

In this free-to-play game, up to eight players* must battle it out to earn points and claim victory. As ninjas, players can sprint across stages, disguise themselves and wield an arsenal of skills, like heavy-hitting hammers, fast and flashy katanas, and tricked-out yo-yos. Cement supremacy in free-for-all battles or work together in 4-on-4 team matches. Ninjala sneaks up to Nintendo Switch this May.

Strap into a pod racer and go for first place in Star Wars Episode I: Racer, launching soon for Nintendo Switch.

brand
Everything announced in yesterday’s Nintendo Direct | The Digital Fix