Retro vertical platformer, Jump King, has been announced for release on the PlayStation 4, Xbox One and Nintendo Switch this year. The tongue in cheek platformer that sees you falling more often than you are jumping challenges players to ascend a colossal tower to rescue an apparent “Smoking Hot Babe” said to be at the top. 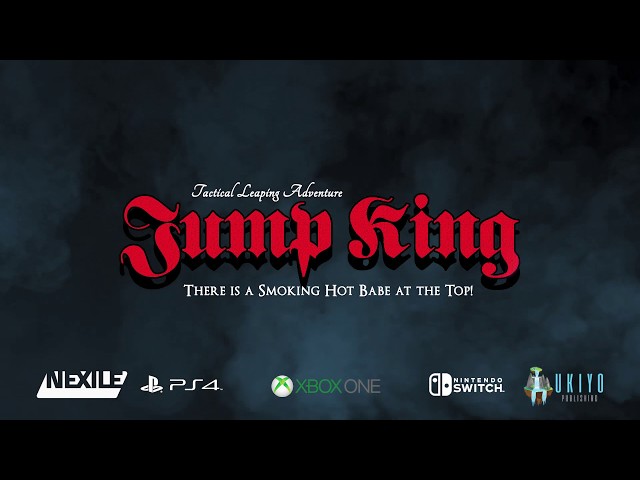 Every point of progress is saved along the way… but so is every setback. Jumps that cause you little grief one time may become the bane of your existence upon encountering them again. It’s worth experimenting with different routes and tactics though, as Jump King features multiple paths to success. All this is wrapped up in a nostalgic pixel art aesthetic, full of colorful characters and evocative locales.

Make no mistake, Jump King is an extraordinarily difficult game, yet it can be relished by anyone looking for a tough but fair challenge. It’s sadistic enough to drive a seasoned gamer to tears, yet accessible enough due to its simple controls and mechanics, that anyone can overcome its challenges – perseverance is key! Do you have what it takes to be the one true Jump King?

“Jump King was made to make you look silly. It makes jumping, something often taken for granted in games, into the sole challenge of the game!,” said Felix Wahlström of Nexile. “It looks quite stupid – why are people having trouble jumping with simple three-button controls? But once you give it a try you understand why and get sucked into the engaging gameloop! It is a modern idea in a captivating and nostalgic package that we think will hit the spot for console gamers“.

“Jump King has caused our team so much pain and anguish that we lost our sanity and decided we must introduce the rest of the world to this hell we have wrought,” said Paul Hann of UKIYO Publishing. “Its conclusion still eludes me, but one day I know I will conquer it. One day…”

brand
Jump King announced for release on Xbox One, PlayStation 4 and Nintendo Switch | The Digital Fix