No Man’s Sky is getting a bit spooky with it’s new update that will allow you to board and explore abandoned capital ships and find out what horrors might lurk within. You’ll be able to seek out these new abandoned wrecks with your friends and go aboard on foot to explore and gather resources whilst watching out for any alien creature that might still be living on board. 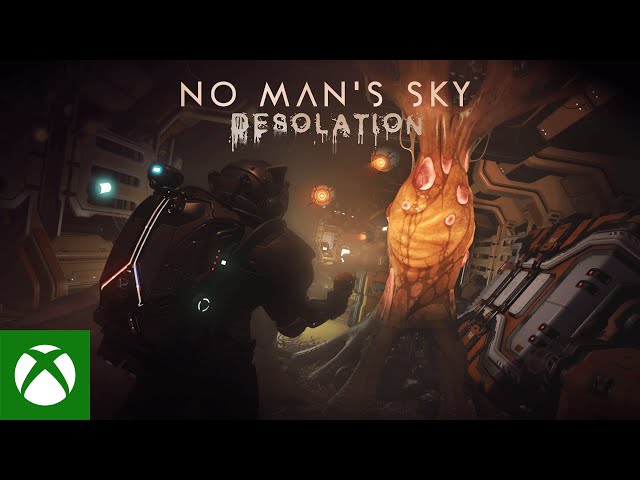 The update is launching on Xbox One, PC and PlayStation 4 today and feature ships that include procedurally generated internal layouts meaning that no two ships will be identical. And while the original inhabitants of the ships may be long gone the evidence of their activity on board will still be present with each vessel having its own unique story.

You can gather salvage while on board which you’ll be able to use to upgrade your own capital ship.

“Being a small dot amongst the stars can bring a sense of awe and wonder, but we’ve always wanted to explore a little more those feelings of fear and dread that come from being alone in the depths of space,” explains Hello Games of the Desolation Update. “Terror in the face of the unknown, or the dawning realisation that you’re treading in the footsteps of those who met a lonely end at the edge of the universe – it’s a rich science fiction tradition, and one not really touched on in No Man’s Sky – until now.”

No Man’s Sky’s Desolation Update is free for all owners of the game and the full patch notes are here.