505 Games have confirmed the 2nd June release of Death Stranding – and the appearance of some me exclusive ‘Half Life’ inspired content that will give PC gamers a small added extra over the PlayStation 4 release. 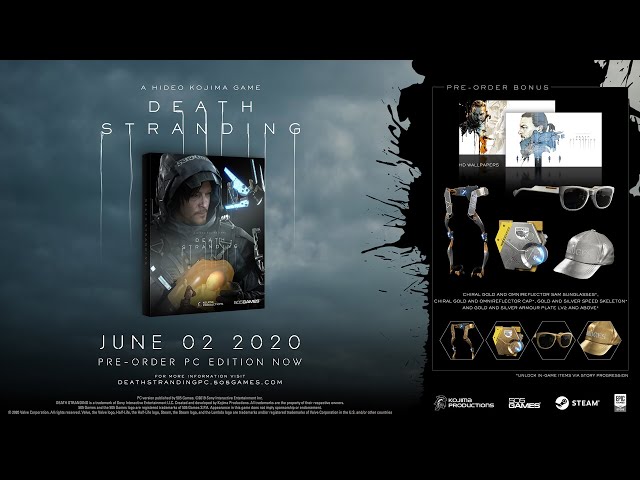 In addition to the base game, 505 Games’ offering also includes a selection from “The Art of Death Stranding” digital book (by Titan Books), the Death Stranding Original Score Expanded Edition digital soundtrack – which contains the award-winning score by Ludvig Forssell (published by Sony Music) as well as bonus unreleased tracks – and additional cosmetic items such as a Chiral Gold and Omnireflector coloured Bridges Cap and Ludens Mask sunglasses, a Gold and Silver Armour Plate and Gold and Silver Power, Speed and All-Terrain Skeletons. The Day 1 physical edition, which retails for £64.99, comes with all of the same content as well as a steel book slip case and new steel book artwork

Death Stranding is available to pre-order now via the Epic Games Store and Steam.