While we wait for the latest Nintendo Direct to be announced (especially after yesterday’s game reveal from The Pokémon Company was met with mixed reviews), Nintendo gave us a look at what Animal Crossing: New Horizons players can expect this summer. 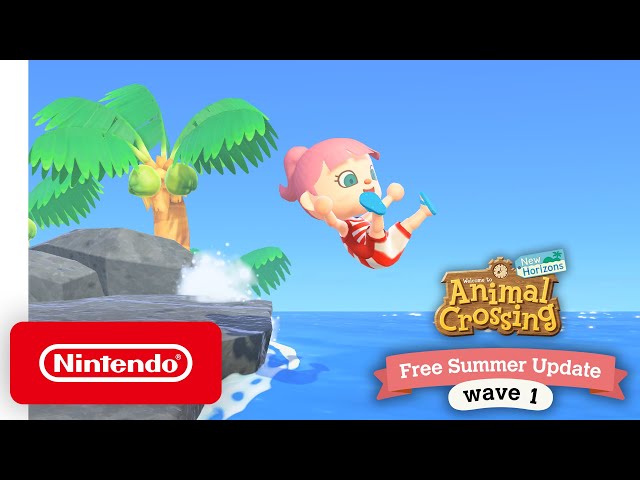 The ‘Summer Update’ will be split into two parts, with the first coming next week and the second in early August. The first update sees players take to the ocean, as you can now swim and dive around your island. New sea creatures can be discovered and Blathers will be accepting these new discoveries at your ever growing/already completed museum.

And that’s not all. You can expect Gulliver to be back, lazing around the beach with more tasks for you to complete for him. Fans of the series will be happy to see Pascal make his first appearance in the game. It looks like Pascal will be interested in some of your finds while diving, being interested in one of the scallops you can find around your island. Nintendo didn’t give us any more details about the second update, but expect to hear more once the first update is released next week.

You can download the first summer update to Animal Crossing: New Horizons on Friday 3rd July.