Even more candy crushing for your pennies

Candy Crush Friends Saga – the latest in the series of free-to-play but pay-to-get-ahead puzzlers is coming on 11th October.

Candy Crush Saga took the world by storm in 2012, fast becoming the most downloaded game on the app store, and one of the most popular mobiles game to date, played by millions of people all around the world. The playful characters captivated players and swiping Candies became internationally renowned.

Now, in October 2018, comes the biggest addition to the Candy Crush franchise yet. Coming soon to Apple, Android and Windows devices, the new Candy Crush Friends Saga adds an additional layer of strategic thinking to the Candy Kingdom, as players are introduced to a vibrant, innovative, 3D world, where they will encounter a surprising gameplay experience with a range of impressive new features and exciting game modes.

For the first time in the history of the franchise, players can also look forward to a deeper connection to their much-loved characters, helping them take on different, fresh challenges around the Candy Kingdom with their unique powers.

“We’re very excited to be launching Candy Crush Friends Saga on October 11th, said Sebastian Knutsson, Chief Creative Officer at King. “We’ve added unique features and a new layer of strategy and depth to the game that will take players on an epic journey through the colourful Candy Kingdom like they have never experienced before. For those who loved playing Candy Crush Saga the first time, you have to try this new game – you will really love it!” 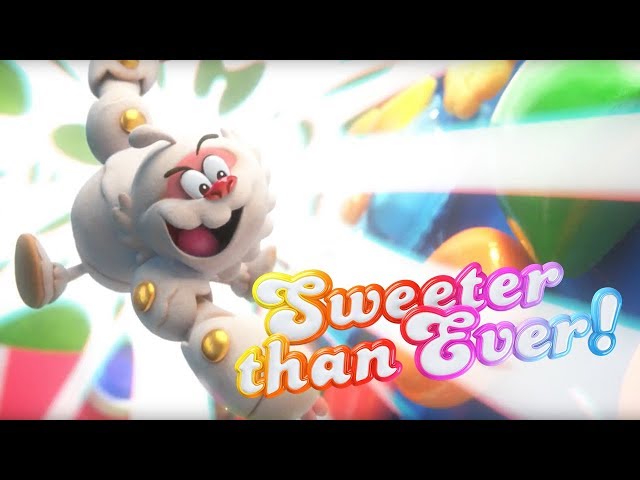