After the massive success of the remake of Resident Evil 2, Resident Evil 3: Nemesis was almost a certainty to receive similar treatment. Often consider a lesser title in the series, or at least an often overlooked one as it lacked the game-changing aura that surrounded the first two games, Resident Evil 3 feels like the perfect candidate for a current-gen remake because there is a lot more that can be improved on. 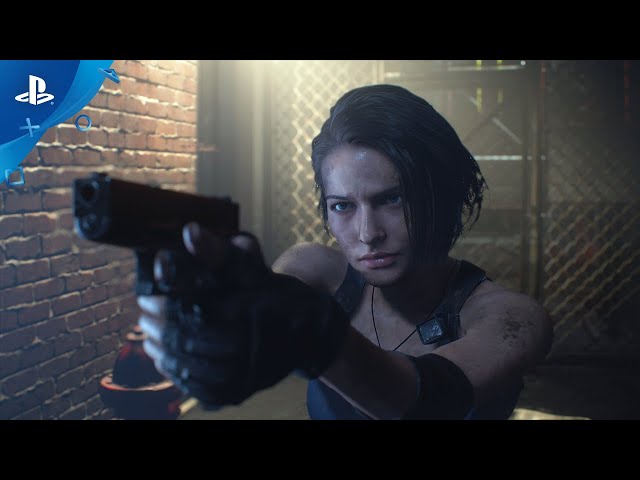 Capcom has released a demo of Resident Evil 3 for fans and, unlike the Resident Evil 2 demo which had a one-hour time limit and only allowed for one attempt before locking you out, you can replay this demo as often as you like. This is a relief because the demo is significantly shorter than an hour, I was actually done within thirteen minutes on my first playthrough and only fifteen minutes with the extra exploration of the map, but is that enough to get a taste for what Resident Evil 3 has to offer?

Based on the strength of those fifteen minutes of play, it seems like Resident Evil 3 is going to deliver an experience as polished and well thought out as it’s predecessor.

The demo begins in media res, as we find protagonist Jill Valentine and her new ally, Carlos, convening with the surviving members of his Umbrella Biohazard Countermeasure Service team on a broken-down subway car. Jill is tasked with returning power to the subway, in this demo you will play a very small part in making progress towards that.

Immediately you can see how much care has been taken to bring this story to life, the graphics look great, even better than those seen in RE2. The cut scenes are soaked in atmosphere and the gradual ascent through the subway station to the street. Once on the street, the scope of the disaster that has befallen Raccoon City stares you directly in the face. These early moments really capture the devastation that has hit the city in ways that could not be fully explored in Resident Evil 2, as that story largely centres on the police station, but being out in the open with more zombies than you can handle certainly escalates the tension.

Combat is the same as Resident Evil 2, it’s a slower, more methodical approach to gunplay than seen in some games but it feels authentic to the old school Resident Evil experience. The more exacting approach to aiming and firing and reloading only adds to the overall tension of a moment, and when bullet management is such a major part of the game, every shot counts and this approach works best. Every zombie encounter I had was high on tension, even trying to run away is a gamble because you may end up running into the path of another zombie entirely.

A nice, new addition to the control scheme is the precision dodge, press the right bumper and move the control stick in any direction and Jill will attempt an evasive move, this is handy for slipping passed a lunging zombie although it took me a few attempts to nail it. My Jill took more than a few bites over the course of the demo.

There are no real puzzles to be found in the demo, so assessing how they compare to RE2’s plentiful puzzles is difficult, the most you are asked to do is fetch an object that can be used to open a pathway – such as bolt cutters. Nothing too challenging, the demo is too short to make you really run back and forth, it flows in a far more linear fashion than the full game will.

This brings us to the final stretch of the demo and, spoiler alert if you have yet to play the demo, this is when the Nemesis appears. The demo could not let the opportunity to introduce you to the main antagonist of the game and he makes an immediate impression. Anyone who was scared of Nemesis in the original game, or had more than a handful of panic attacks at the sight of Mr X in Resident Evil 2’s remake, you should be prepared for the worst. Nemesis is immediately terrifying. As powerful as Mr X but with extra tricks to impede your escape, such as tentacles that trip you up and the ability to leap overhead and land in front of you. I am not permitted to use the language this beastly burden coaxed from my lips so just think of the most swearing imaginable and then probably double it.

After a brief but frenzied escape, I unblocked the main obstacle of the demo and we are left on a cliffhanger as Nemesis reappears to attack.

This is an extremely short but highly effectively demo, comfortably communicating that fans should expect a game of the same high quality as Resident Evil 2.

The demo comes with an additional download for the Open BETA for the online multiplayer, Resident Evil: Resistance, but that will not be active until March 27th. If the prospect of a fifteen-minute demo is less than appealing, maybe the prospect of being part of the upcoming Open BETA will change your mind?