House of the Dragon, the Game of Thrones spin-off about House Targaryen, has resumed filming after a positive Covid test among the crew. The TV series was paused for just under a week.

HBO’s prequel to its hugely successful fantasy show has been shooting in London. Set three centuries prior to all the calamity around the Iron Throne that we’re familiar with, House of the Dragon tracks the ascension of the Targaryens into being a political force to be reckoned with. It’s part of a whole line-up of Westeros-themed shows HBO has in development, but so far, it’s the only one that’s started rolling.

“House of the Dragon is the only one shooting,” Casey Bloys, chief content officer for HBO, told Variety in June. “All the other ones are in various stages of development. People may think we have ten series shooting at the moment. There’s one that will be on the air in 2022. We’ll see how the other scripts come along.” Another of the prequels, 10,000 Ships, only signed on a writer in May, so it might be a while yet before others get any further into production.

George R.R. Martin, writer of A Song of Ice and Fire, on which Game of Thrones is based, co-created House of the Dragon from his Targaryen-based book, Fire and Blood. Miguel Sapochnik and Ryan Condal are showrunners, and the cast includes Olivia Cooke, Emma D’Arcy, Matt Smith, Paddy Considine, and Steve Toussaint.

It’s expected that we’ll be seeing the Targaryens sometime in 2022, but that’s as specific as the release date’s gotten. To add some whimsy in your life right now, here’s the best fantasy movies. 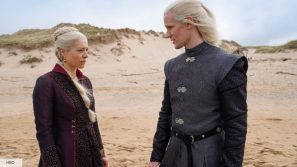 House of the Dragon release date, trailer, and more
Get involved Continue the conversation over on The Digital Fix Forum