What are the best Friends episodes? Friends has been an iconic TV series since 1994. The sitcom revolving around six, well, friends in New York City continues to delight new generations, even though it ended seventeen years ago. The show lasted ten seasons, and even though it left the streaming service Netflix (although not here in the UK), people still watch the episodes religiously.

Whether you’re a neurotic Ross, a competitive Monica, a funny Chandler, a flirty Joey, a spoiled Rachel, or a free-spirited Phoebe, you are bound to have your own favourite episodes. After all, the sextet has been through countless adventures, and there are hundreds of jokes that tickle us still to this day.

Now we have the difficult task of picking out the best ten episodes. From weddings and soap operas to beaches and holiday armadillos, there are oodles of stories and emotional journeys that our main characters go on. So which episodes stand out? What makes them the best of Friends? Here are our choices for the top ten Friends episodes!

What are the 10 best friends episodes? 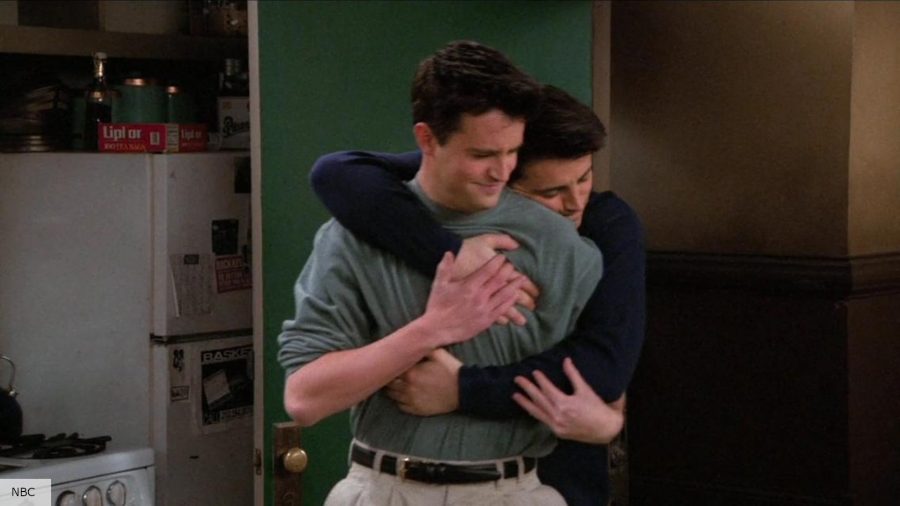 The One Where Joey Moves Out

There is no greater friendship on the show than that of an actor and a (transponster?) data analyst. In Season 2, that relationship is tested when Joey chooses to move uptown, following a series of arguments. There are emotional moments from their petty fights and Chandler’s despondence when Joey packs up.

The One With All The Kissing: Best romance movies

If you’ve ever lived with a best friend who then decided to move on, this episode is certainly for you. Plus, Rachel gets a tattoo, and the Geller parents find out that their daughter Monica is dating their friend Richard. 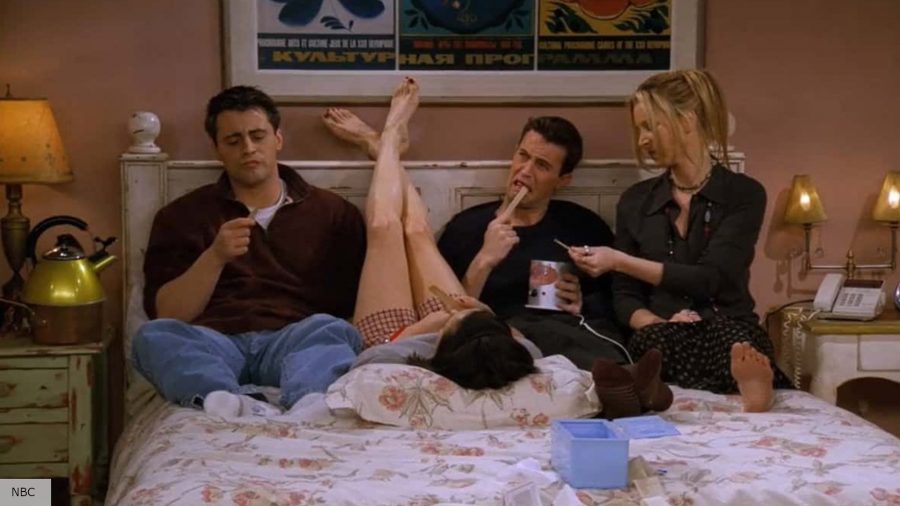 The One the Morning After

Some of the greatest episodes of Friends don’t deal with humour. Instead, they tackle the heft of adult life. Rachel and Ross have been on a roller-coaster of emotions throughout the show, but this episode is their most difficult time after, following an argument, Ross sleeps with the copy girl.

When Rachel finds out he technically cheated on her, ensuing a night-long emotional argument. It is balanced against the other four trapped in Monica’s room, unwillingly listening in and eating wax. 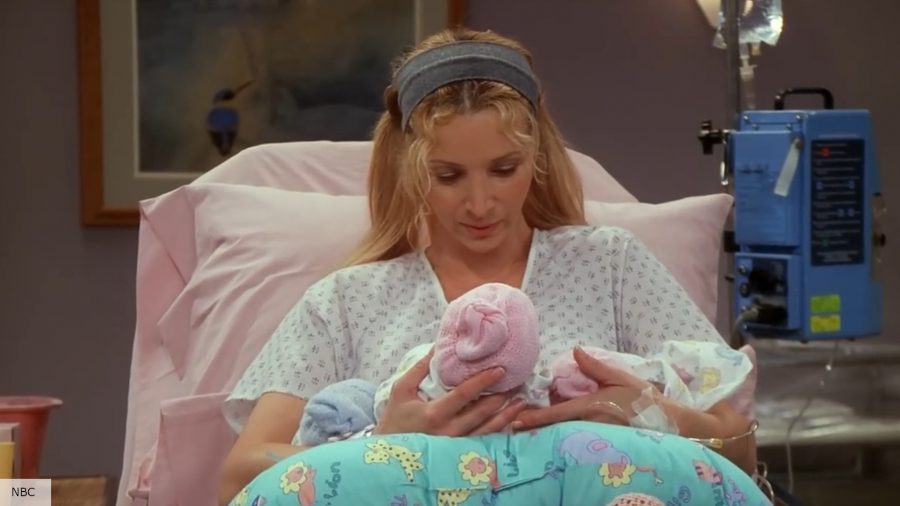 Phoebe is a constant source of hilarity and is played almost effortlessly by Lisa Kudrow. The hundredth episode highlights a more emotional turn for Phoebe. After agreeing to be a surrogate for her brother, Phoebe struggles to let go of the triplets she has been carrying and her goodbye to them is the show’s most bittersweet moment.

The one with all the tears: Best drama movies

This episode also has Joey’s kidney stone debacle and a doctor who really, really loves the Fonz, in addition to this, Chandler grows closer to Monica. 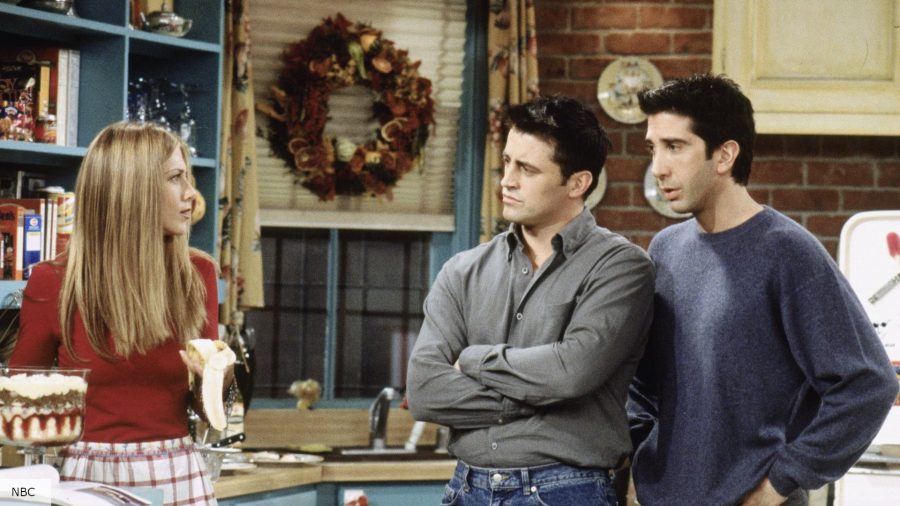 The One Where Ross Got High

Thanksgiving episodes became a cornerstone in the Friends television series. There are a plethora of calamitous holiday episodes including the brilliant Christina Applegate as Rachel’s sister Jill and the great Brad Pitt as an old high school friend of Ross’s. However, The One Where Ross Got High is the best.

After inviting Monica’s parents for dinner, Ross and Monica argue so much that suddenly there are a series of quick revelations from everyone in the room. Judy Geller, played perfectly by Christina Pickles, responds with a pitch-perfect delivery. It can only be topped by the most mismatched trifle you’ll ever see. 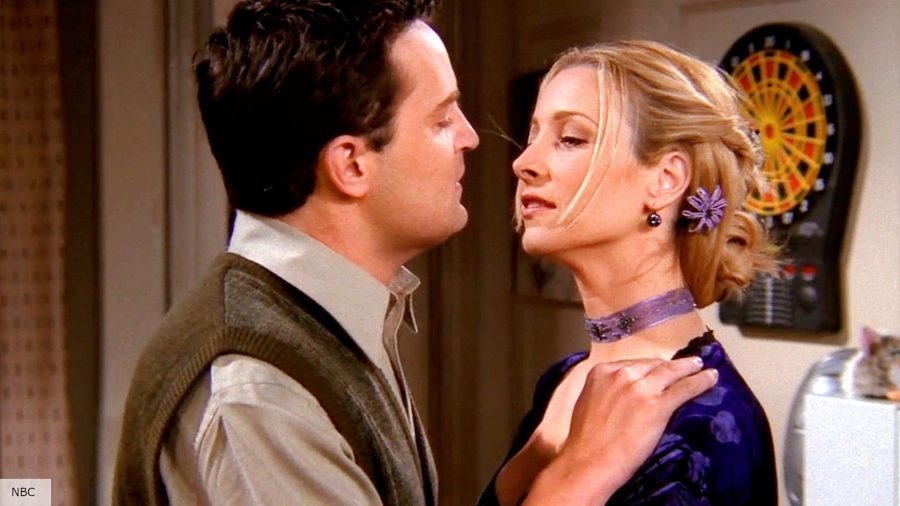 The One Where Everybody Finds Out

Monica and Chandler try to keep their relationship a secret for such a long time. Bit by bit the gang all start to figure out that they are having an affair, which ends in one of the most outrageous episodes of the show.

The one with all the screams: Best horror movies

After seeing them through the window, Phoebe decides to play a game on the pair and flirts heavily with Chandler to try and get them to confess. It culminates in Chandler professing his love for Monica in a sweet but funny moment. You’ll also never forget Ross’s joyous spring and scream into Rachel and Phoebe’s arms. 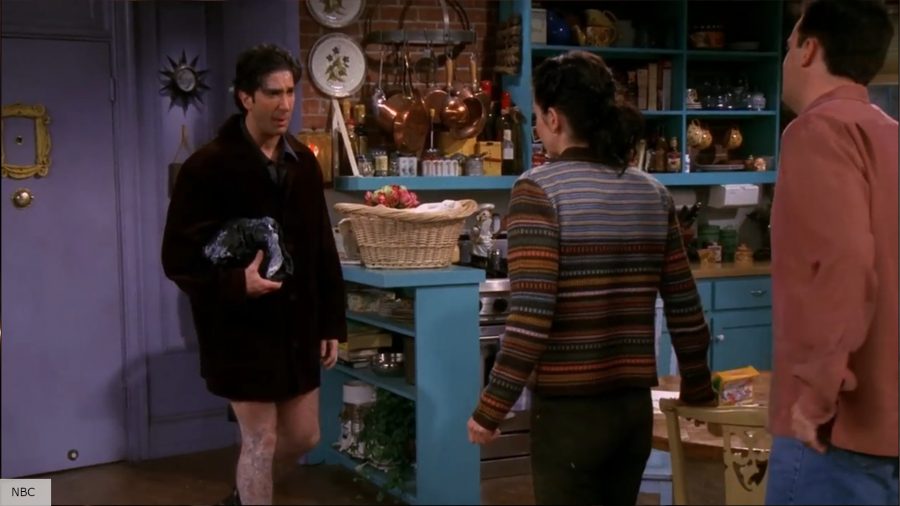 The One With All The Resolutions

Ross Geller is at his very best when he is on the edge of a nervous breakdown. Who can forget the wrath following a mishap with his sandwich? The best moment, however, is following his second divorce, Ross decides the new year is going to his and buys leather pants.

That image alone is hilarious but when he takes them off to cool down. Big mistake. The struggle to put them back on, plus all the lotions and powders he puts on to help, is just a delight to watch. At least, in the end, his son looks like a cowboy. 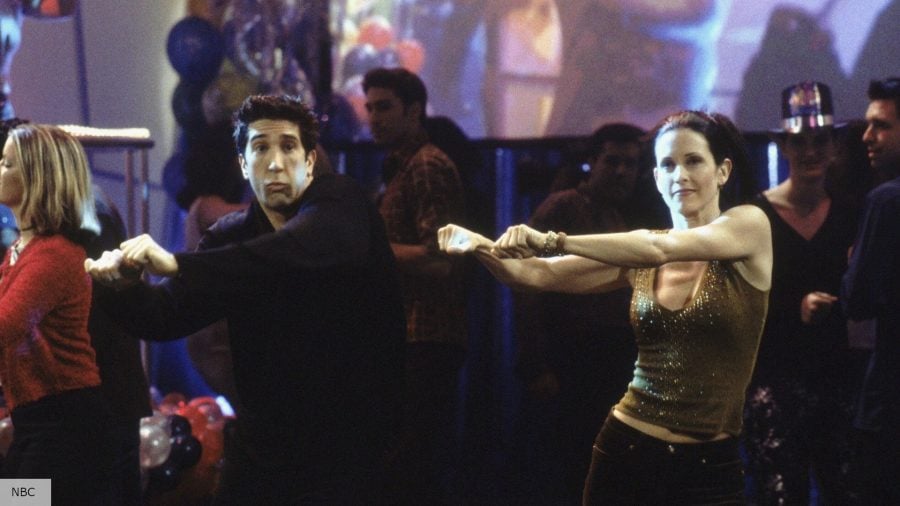 The One With The Routine

How many people have tried this routine? Or at least, know it and awkwardly try to throw the shapes? Monica and Ross are the biggest dorks on Friends and as the seasons progress, the examples just pile up.

The one with all the singing: Best musicals

The pair try to get on Dick Clarke’s New Year’s Rockin’ Eve programme. Eager to be on camera, the siblings magnificently bring to the stage their childhood dance and it is an absolute riot. 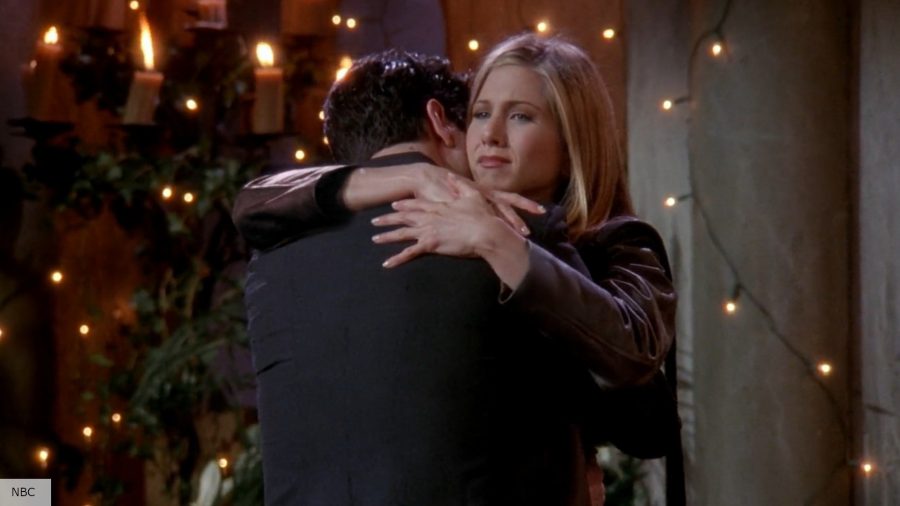 The One With Ross’s Wedding: Part 2

This was definitely the episode that pushed Friends further into the cultural zeitgeist. I remember this being in the news! The show sees our jolly good chums fly off to London for Ross’s wedding to Emily. However, Rachel jets over to tell Ross she loves him.

But when she can’t go through it, we’re all shocked when Ross says her name instead of Emily’s during the vows. If that’s not enough, Chandler and Monica hook up for the first time. The episode even has Jennifer Saunders and Hugh Laurie! What more could you ask for? 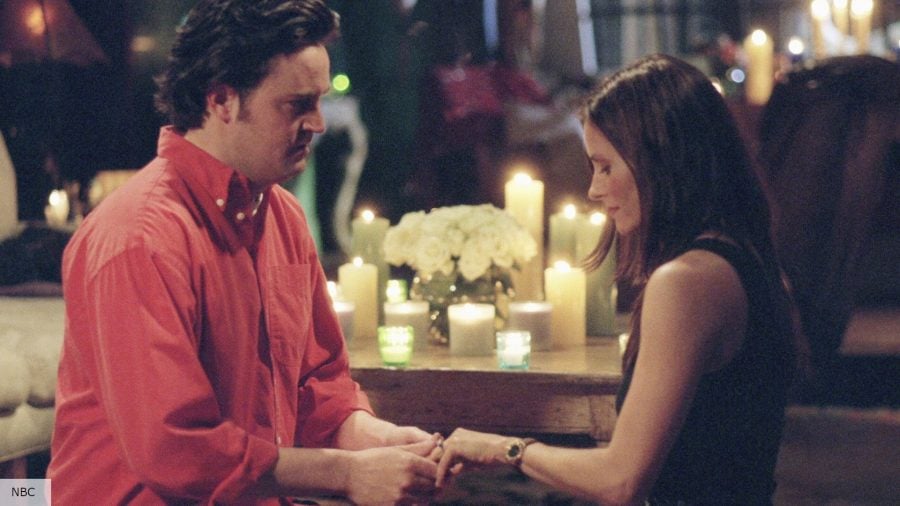 The One With The Proposal: Part 2

When Monica and Chandler were introduced as a couple back in the aforementioned London episode, there was a lot of uproar. Yet the episodes that followed really showed that it was writing genius. Monica and Chandler became the series’s best couple and watching them grow together was brilliant. Truth be told, I grappled with either this or their wedding.

The one with all the lasers: Best science fiction movies

Whilst we all love to see the show’s best couple finally tying the knot, as well as drunk Gary Oldman, the proposal wins it. After all, it is filled with so much love and double bluffs. As Chandler tries to throw Monica off the scent and Richard comes back into their lives. Their candlelit proposal is sweet, emotional, and wonderful. 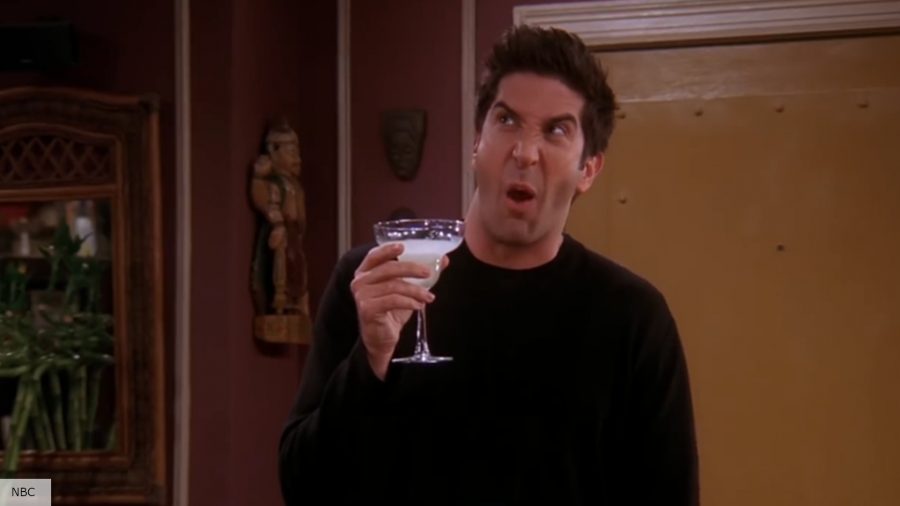 The One Where Ross is Fine

David Schwimmer is truly fantastic here as Ross gets drunk following finding out that Rachel and Joey are together. Though Ross insists he is fine, repeatedly, he is truly struggling with the revelation. The situation lends itself to some of the most amusing quotes including his poem about love, his consumption of margaritas, and the fact that he is cooking fajitas! 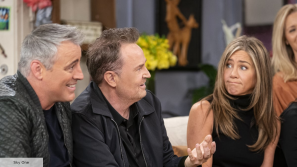