With TIFF getting under way on Thursday, the trailer for the  documentary Grace Jones: Bloodlight and Bami is now available to watch.

Director Sophie Fiennes (The Pervert’s Guide to Cinema, The Pervert’s Guide to Ideology) journeys through the performance, private and public worlds of pop cultural icon Grace Jones, whose bold aesthetic echoes throughout the film. Contrasting  musical sequences with intimate personal footage, Fiennes’ film attempts to get beyond the public image of Jones.

Grace Jones: Bloodlight and Bami will premiere this coming Thursday in Toronto, ahead of a one-off event, Grace Jones and Friends Live, on October 25th, where she will discuss her life and work with some of her closest collaborators, followed by a viewing of the documentary. Head over to www.gracejonestickets.co.uk for ticket details.

Grace Jones: Bloodlight and Bami will land in UK cinemas on October 25th. 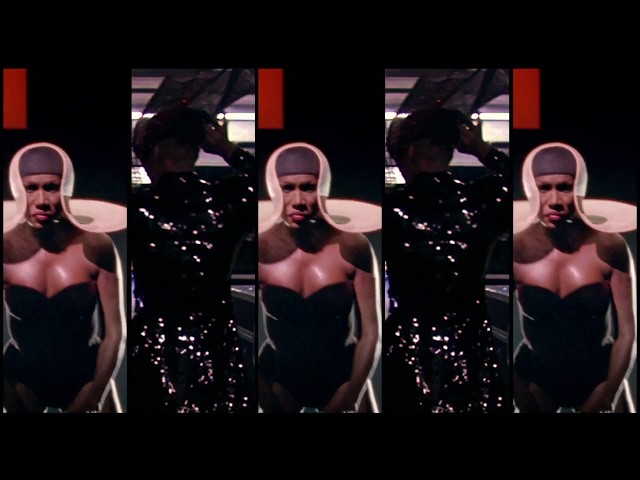