2018 marks the centenary of the end of World War I, a conflict which saw approximately 37 million civilians and soldiers die. Peter Jackson’s They Shall Not Grow Old shows the reality of life for soldiers in vivid colour allowing us to see The Great War “As the soldiers themselves saw it,” to quote the director.

It was created using original footage from Imperial War Museums’ film archive along with audio from the BBC archives. The film will also be playing at this year’s London Film Festival. You can watch the short trailer above to get a first look at They Shall Not Grow Old.

The fim uses the voices of the veterans combined with original archival footage to bring to life the reality of war on the front line for a whole new generation. Footage has been colourised, converted to 3D and transformed with modern production techniques to present never before seen detail.

Unfortunately it seems as if tickets for They Shall Not Grow Old have already sold out for the two scheduled screenings, but hopefully more will be announced.

The film will be released in cinemas for one night only on October 16th 2018. 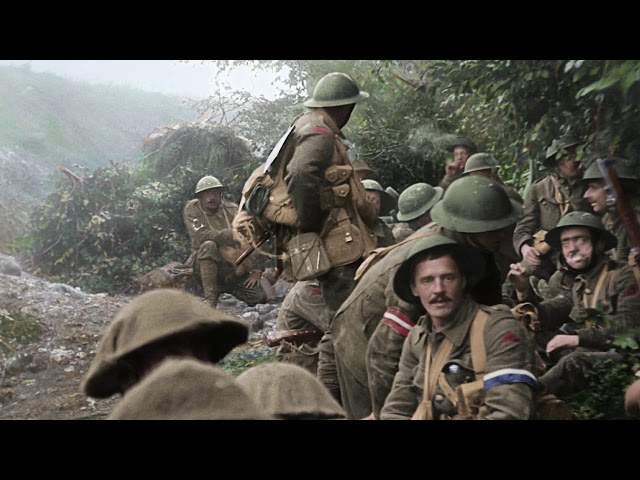 brand
They Shall Not Grow Old trailer: Peter Jackson evokes the realities of World War I | The Digital Fix