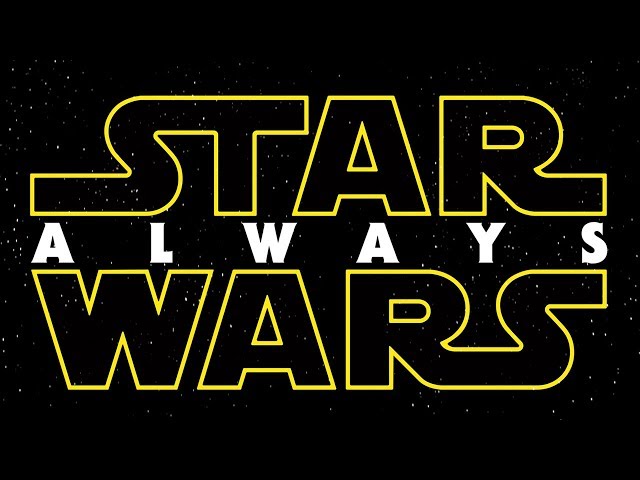 Having previously created his own cut of the Star Wars prequel trilogy that combined all three films into one tight action packed 85 minute movie, Topher Grace along with Jeff Yorkes has now gone and done the same for ALL ten films in the saga so far but instead of a film he’s created this awesome trailer.

The trailer, published online as Star Wars: Always features footage from all of the films alongside some additional scenes and manages to create something that is both exciting and awe inspiring; highlighting many of the best moments from the films. There is footage from the main Skywalker legacy films as well as Rogue One and Solo.