Spider-Man: Into The Spider-Verse, Have a Nice Day, Isle of Dogs and Mary and the Witch’s Flower were all great reminders of the many varied styles of animation available outside of the typical big studio CGI-fests that dominate multiplexes. Ruben Brandt, Collector is another one to add to that list, with Slovenian artist Milorad Krstić making quite a splash with his debut film at the Locarno Film Festival a few months back. The characters are almost made to look as surreal and unique as the paintings being stolen in the film. Hopefully this secures some sort of UK release next year, but in the meantime take a look at the trailer for Ruben Brandt, Collector.

Ruben Brandt, a famous psychotherapist, is forced to steal 13 paintings from the world’s renowned museums and private collections to prevent his suffering from terrible nightmares he has as a result of subliminal messaging he received as a child. Accompanied by his four patients, he and his band of thieves strike regularly and with great success: The Louvre, Tate, Uffizi, Hermitage, the Museum of Modern Art. “The Collector” quickly becomes the most wanted criminal in the world.

Gangsters and headhunters chase him around the world while the reward for his capture keeps rising, approaching a hundred million dollars. A cartel of insurance companies entrusts Mike Kowalski, a private detective and leading expert on art theft, to solve the “Collector Case.”

Sony Pictures Classics have recently picked Ruben Brandt, Collector, but as of yet no release dates have been set. 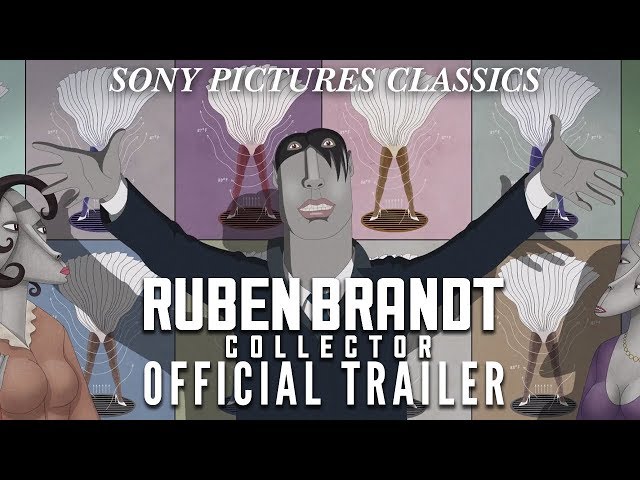