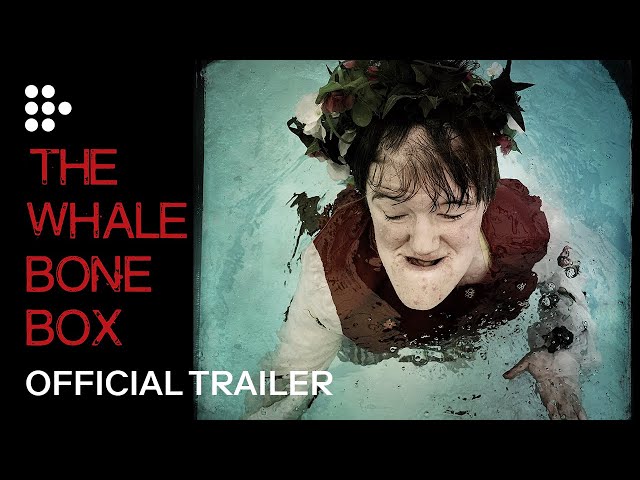 One of the biggest surprises of the award season in the UK was seeing Mark Jenkin’s Bait unexpectedly put under the spotlight. Andrew Kötting is a filmmaker very much cut from the same cloth, who throughout his career has continued to adopt unique approaches to his storytelling. In light of the ongoing Covid-19 pandemic his latest effort, The Whalebone Box, has been moved to an online MUBI release only. There’s a lineage between this and 2017’s Edith Walks, with both films centred on a pilgrimage, shot with a lo-fi aesthetic and involving many of the same crew. Watch the trailer for The Whalebone Box above to get a feel of what’s in-store.

The Whalebone Box is a film about a whale bone box. A box made of whale bone. Entangled in a fisherman’s net and washed up on a remote beach in the Outer Hebrides. Once touched the box can change lives. The box was given to Iain Sinclair almost thirty years ago by Steve Dilworth, a sculptor based on the Island of Harris. It was always intended to be an active thing, kill or cure. An animal battery. And part of the power of the crafted box comes from its lack of signature. At best this object has the anonymity and moral authority of tribal art, of a fetish, a relic or an accidental survivor. It is dangerous. What is inside might produce good magic or it might produce bad magic but like the box that contained Schrödinger’s Cat it must never to be opened. In 2018 the box was taken on an 800 mile reverse pilgrimage from London back to the Isle of Harris, in the company of the film-maker Andrew Kötting, the photographer Anonymous Bosch and the writer Iain Sinclair. There was unwellness on the island and they hoped that the box might help, however little did they know the delirium that they would unleash. And all the while Eden Kötting narrates the story, working as both muse and soothsayer. She tries to make sense of the journey as it unfolds, sometimes awake and sometimes in deep sleep. Ultimately the whalebone box is finally buried in the sand on the very beach from which it came all those ever-so-many years ago BUT something happens at the very end of the film after the credits have finished rolling, something extraordinary and miraculous….

The Whalebone Box will be available to watch on MUBI from April 3.