The Truffle Hunters has been going round the festival circuit collecting universal praise since debuting at Sundance in January. Although it may not seem immediately apparent, director Luca Guadagnino (who serves as producer) likened the film to The Irishman, saying it “is about a group at the end of their lives who see their world fading and their place in reality increasingly on the boundaries.” He expanded further on the comparison, saying, “At the same time, the aggression of the new goes over their heads. It’s about mortality and approaching death. The image of the hunter who doesn’t want to hunt any more reminds me very much of Marty’s movie. It’s a study of people at the end of their lives, people who used to be at the centre of something. Their fragility and the fragility of old age is touching in the film.” You might not get that from the trailer itself, but it makes total sense when you read the synopsis below. Watch the trailer for The Truffle Hunters above. 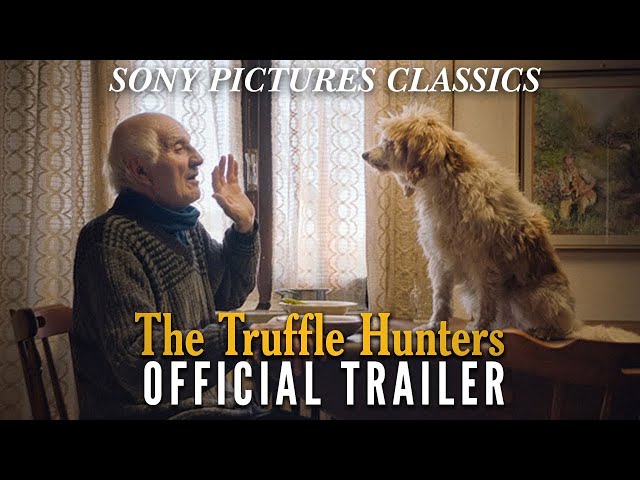 Deep in the forests of Piedmont, Italy, a handful of men, seventy or eighty years young, hunt for the rare and expensive white Alba truffle–which to date has resisted all of modern science’s efforts at cultivation. They’re guided by a secret culture and training passed down through generations, as well as by the noses of their cherished and expertly-trained dogs. They live a simpler, slower way of life, in harmony with their loyal animals and their picture-perfect land, seemingly straight out of a fairy tale. They’re untethered to cell phone screens or the Internet, opting instead to make their food and drink by hand and prioritizing in-person connections and community. The demand for white truffles increases year after year, even as the supply decreases. As a result of climate change, deforestation, and the lack of young people taking up the mantle, the truffle hunters’ secrets are more coveted than ever. However, as it soon becomes clear, these ageing men may just hold something much more valuable than even this prized delicacy: the secret to a rich and meaningful life.

The Truffle Hunters has also played at Cannes and Telluride and will appear at TIFF and the NYFF before being released in the US on December 25.

brand
The Truffle Hunters trailer: A much-loved festival favourite about traditional hunter-gatherers facing up to changing times | The Digital Fix