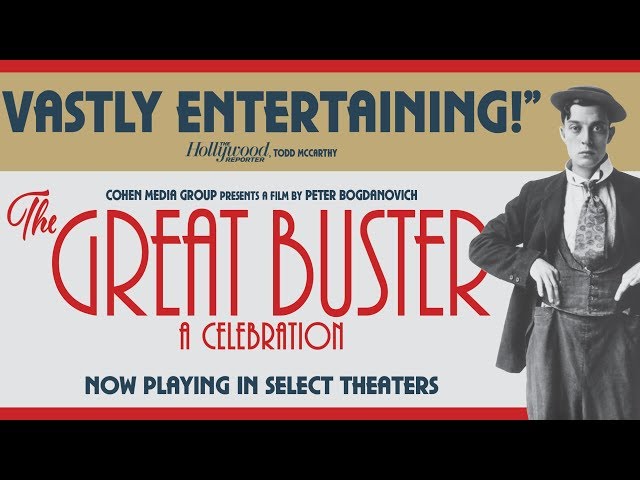 Oscar nominated director Peter Bogdanovich’s new documentary looks back on the life and work of the visionary Buster Keaton. While his films during the silent period were not as successful as the likes of Charlie Chaplin and Harold Lloyd, he was more experimental and technically daring than both, his comedy even influencing the likes of Yazujiro Ozu amongst others. It wasn’t until two or three decades later that his work began to find real appreciation within the industry, although his problems with alcohol meant he didn’t stay alive long enough to enjoy it, passing away in 1966. The Great Buster: A Celebration gives modern audiences a chance to reflect on his genius and as it arrives in a few weeks time and you can watch the trailer above.

Journeying from his early beginnings on the vaudeville circuit alongside his family the documentary explores the development of his trademark physical comedy and deadpan expression leading to his career-high years in the 1920s where he wrote, directed, produced and starred in his own films including the remarkable The General (1926) and Steamboat Bill, Jr. (1928) that immortalised him as one of the greatest actor-filmmakers in the history of cinema. Filled with stunningly restored archive Keaton films from the Cohen Film Classics library, the film is interspersed with an eclectic mix of interviewees from collaborators, filmmakers, performers and friends including Hollywood stalwarts Dick Van Dyke and Mel Brooks to Johnny Knoxville and Quentin Tarantino, fans and experts alike all influenced in their careers by the work of ‘The Great Stone Face’.

The Great Buster: A Celebration opens in select UK cinemas on March 20.

Special Q&A Preview screenings: Picturehouse Central on March 11 – with Paul Merton and David Macleod, and at DocHouse on March 18 – with David Macleod and Phil Concannon