The British Urban Film Festival today announced that it has launched a collection of 70 official selections, including B.U.F.F award-winning titles, on the Apple TV app for customers to buy. ‘The British Urban Film Festival’ collection on the Apple TV app will be the first of its kind for a UK festival and will include over 50 British short films as well as feature film selections, including Sorority from award-winning director James Webber, Scottish sports documentary In the Red directed by Patrick Rooney and the festival’s original production, romantic drama No Shade directed by Clare Anyiam-Osigwe. 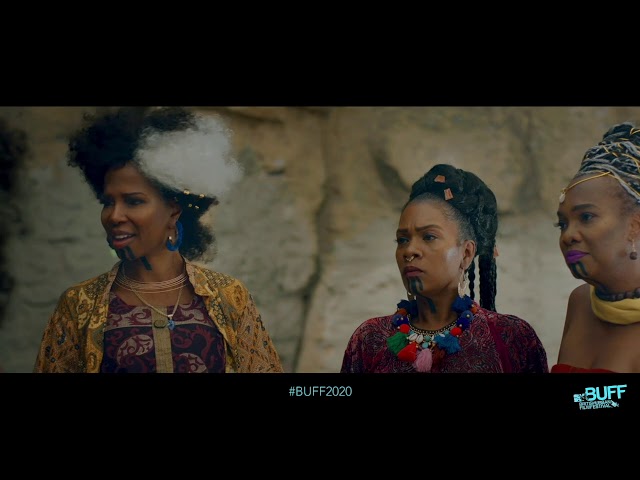 Through the Apple TV app, audiences can find and buy B.U.F.F films throughout December and into the New Year. This year’s festival selection will feature a variety of respected talent, such as Tobias Menzies in The Velvet Abstract, Judi Love in Time to Collect, Tamer Hassan in Queen of Diamonds, Bruce Jones in Shiney, Katie Dickie in Sorority, Sharon Duncan-Brewster in Snowflakes, Roger Griffiths in Hard Time Bus and Wil Johnson in Transference.

In addition, a selection of films will be available on the festival website from December 10 including All on a Summer’s Day starring Antonia Thomas and James Floyd, How to Stop a Recurring Dream staring Ruby Barker and Jamie Michie, and Solitary starring Johnny Sachon.

Additional script reading and daily Q&A panels with guests, including BAFTA chair Krishnendu Majumdar, will be available on the B.U.F.F website throughout the festival, supported by Greenlit Fund. There will be three script readings hosted by B.U.F.F lead script juror Clare Anyiam-Osigwe. The three scripts were chosen by a panel of jurors including Isis Davis (Secret Garden) and Jesse Quinones and include modern British western Hell Water by Tim Mallon, South American thriller Made in America by Brendan Kelly, and Twickenham based apocalyptic drama Chalice and Blade by Charlie Taylor. A cast of actors will perform 20-minute extracts of the scripts.

B.U.F.F founder and festival director Emmanuel Anyiam-Osigwe MBE said: “The British Urban Film Festival is delighted to have found a home on the Apple TV app offering our unique brand of urban independent cinema to new audiences, not just in the UK and Ireland but also in the United States, Canada and South Africa. It’s great to reach a global audience with our official selections thanks to Apple and our partners at Dicentia Studios.”

Bobby Johar, CEO of Dicentia Studios, said: “For small and large film producers and distributors alike, it’s a complex journey to launch content on various digital global marketplaces. There are so many technical standards, requirements and barriers to overcome before you see your feature film or tv-series receive exposure and revenue online. We are proud to help the B.U.F.F community of creative filmmakers with this unique opportunity to reach millions of viewers through the Apple TV app.”

The annual B.U.F.F. Awards Ceremony, hosted by Femi Oyeniran, will be the centrepiece of proceedings on December 25. This year’s ceremony will return once again to the Met Film School at Ealing Studios however this year there will be no audience presence due to Covid-19 regulations.

Head over to the British Urban Film Festival website to find out more.