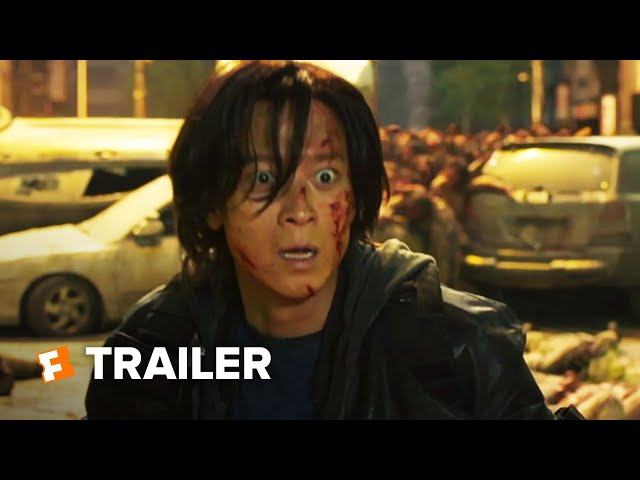 Director Yeon Sang-ho’s zombie movie Train to Busan proved to a big hit both critically and financially, raking in over $90 million at the international box office, with the sequel highly anticipated by many. Yeon has described the sequel, Peninsula, as a cross between Mad Max and and Akira and that post-apocalyptic, wide cityscape feel is definitely there in the trailer. The film is set four years after the outbreak of the virus in South Korea, which has pretty much brought about the downfall of civilisation – the kind of fear currently nestling in the back of all our minds right now. Train to Busan had its faults but was mostly good fun and the sequel seems to have the same sort of energy. Watch the Peninsula trailer above to see more.

Jung-seok, a soldier who previously escaped the diseased wasteland, relives the horror when assigned to a covert operation with two simple objectives: retrieve and survive. When his team unexpectedly stumbles upon survivors, their lives will depend on whether the best—or worst—of human nature prevails in the direst of circumstances.

Peninsula was due to make its premiere at Cannes, but with the festival cancelled for 2020, and the release schedule for the rest of the year sketchy at best, there is no solid news on when this will arrive, although a July date has been mentioned.

Brand
New Peninsula trailer: The sequel to Train to Busan brings us the zombie apocalypse | The Digital Fix