It’s a New Year but the same old death

What films are you excited about seeing in 2019? Scorsese’s The Irishman? Peele’s Us? Tarantino’s Once Upon a Time in Hollywood? Or maybe it’s Happy Death Day 2U (although we guess it probably isn’t). Blumhouse continue to churn out low budget horrors that make a huge profit at the box office and there is every chance this sequel will perform just as well as the first one. A new trailer for Happy Death Day 2U has been released and you can check it out above.

Tree Gelbman is a blissfully self-centred collegian who wakes up on her birthday in the bed of a student named Carter. As the morning goes on, Tree gets the eerie feeling that she’s experienced the events of this day before. When a masked killer suddenly takes her life in a brutal attack, she once again magically wakes up in Carter’s dorm room unharmed. Now, the frightened young woman must relive the same day over and over until she figures out who murdered her. 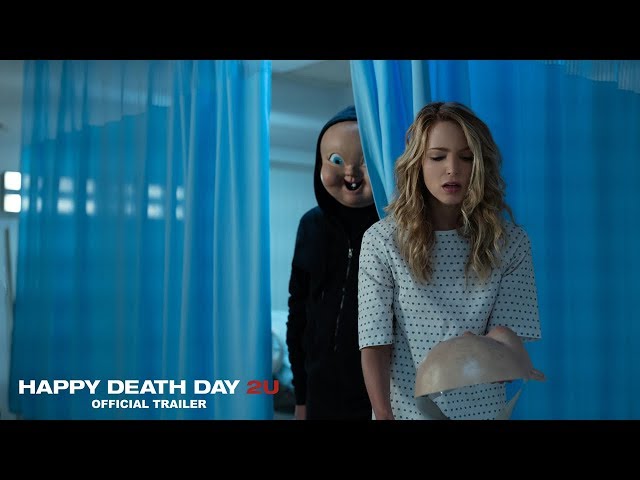