Soul Train (which ran from 1971 to 2006) is rightfully regarded as one of the most important Black TV shows of the modern era, as it was one of the first given the chance to celebrate Black culture in-front of millions of viewers each week. But one that is rarely discussed as much is SOUL!, which premièred on American TV in 1968 towards the end of the Civil Rights Movement. 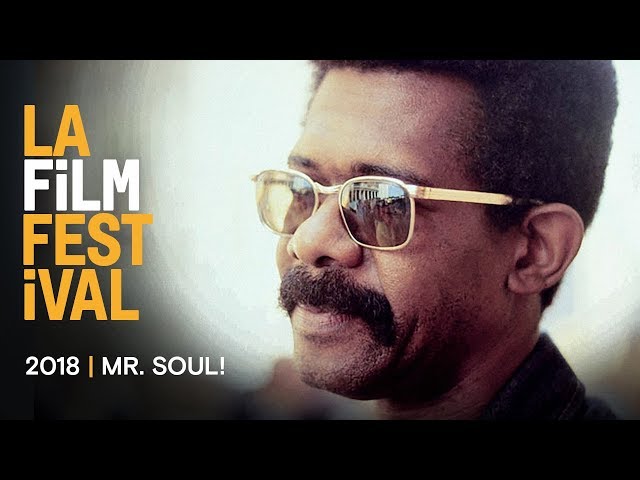 SOUL! was the first all-Black variety TV show that welcomed Black musicians, actors, authors, poets and philosophers to perform and discuss their art, while also challenging the thinking of white supremacy, with openly gay host Ellis Haizlip leading discussions. Not only was it a show made by and for Black people, it was a million miles away from the racist and negative depictions of Black culture shown by network TV up until this point. Mr. Soul! is a documentary that has been working the festival circuit since debuting at Tribeca in 2018 and is finally getting a release at the end of the month. Check out the trailer above.

Mr Soul! is right on time given our subject – Ellis Haizlip – and his accomplishments as America’s first Black nighttime talk show host during the Civil Rights Movement/Black Power Movement from 1968 – 1973.  It is a rich story that will resonate with audiences across the nation and across generations.  With Black Lives Matter now louder than ever together with the current state of our country, and while our communities are addressing racism in a meaningful manner – Haizlip’s story of endurance, inspiration and excellence is more important than ever.

Mr. SOUL! opens in cinemas and over 50 virtual cinemas in the US from August 28.

brand
Mr. SOUL! trailer: A look back at the ground-breaking work of Ellis Haizlip | The Digital Fix