The life of the controversial politician shown in all its absurdity

The life of former Italian Prime Minister Silvio Berlusconi seems ripe enough for a transfer to the big screen and director Paolo Sorrentino is probably the best man to take on the task. Toni Servillo, the charismatic Italian actor who worked with the director on the Oscar winning The Great Beauty, takes on task of playing Berlusconi. Originally, the film was split into two parts – Loro 1 and Loro 2 – running at a combined length of around 3-and-a-half hours. Sorrentino has overseen a new cut for the UK release, which has trimmed off an hour. You can watch the trailer for Loro (which translates as Them) above right now.

The film reveal the scandalous and, until now, unseen private life of Italy’s most infamous politician. Packed with satirical sting, biopics don’t come more unauthorised than this!

Umberto Contarello, who also worked with Sorrentino on the excellent TV series, The Young Pope, has shaped the script with the director, while Fabrizio Bentivoglio, Chiara Iezzi and Riccardo Scamarcio also make up the cast. 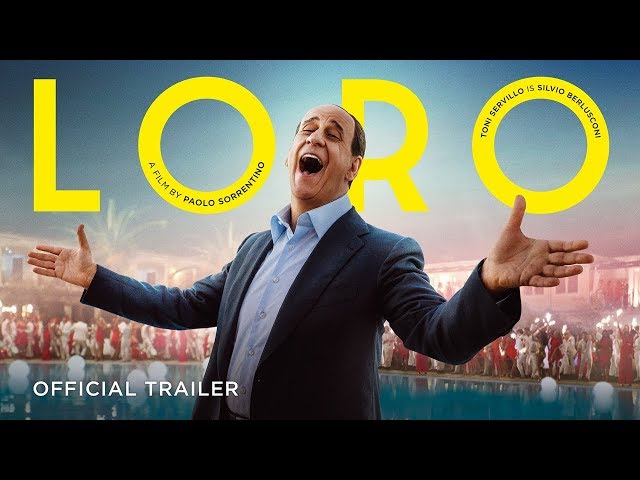