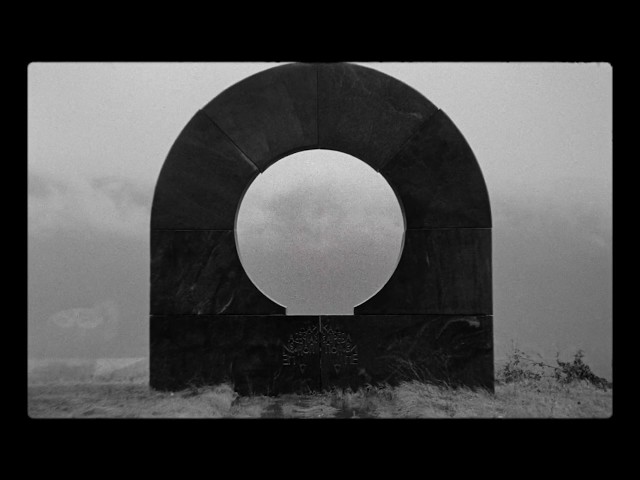 The sudden death of Jóhann Jóhannsson at the start of 2018 took everyone by surprise, the life of the double Oscar winning composer sadly cut short in his prime. Appearing at Berlinale next week will be the only feature-length film he had time to direct, Last and First Men, which he adapted from his touring multimedia project of the same name. Shot in 16mm it features narration from Tilda Swinton and is accompanied by Jóhannsson’s own score. It takes inspiration from British author Olaf Stapledon’s sci-fi novel of the same name along with Dutch photographer Jan Kempenaers’ 2010 art book “Spomeniks”. Watch the Last and First Men trailer above.

What can we learn from the voice speaking to us from two billion years away? Last and First Men juxtaposes the seminal speculative science fiction story by Olaf Stapledon, a haunting musical score by the late composer and musician Jóhan Jóhannson, and filmed images of futuristic, brutalist, otherworldly stone monuments erected during the communist era in the former Yugoslav republics… The film beckons us into a world of surreal and phantasmagorical monuments where a future race of humans finds themselves on the verge of extinction, and where the monuments – once intended as symbols of unity and brotherhood – remain as lone abandoned beacons beaming their message into the wilderness. While the story of crumbling future civilizations is told, the spectral presence of an entity attempting to communicate with us emerges.

Last and First Men will premiere at the Berlin Film Festival on February 25.