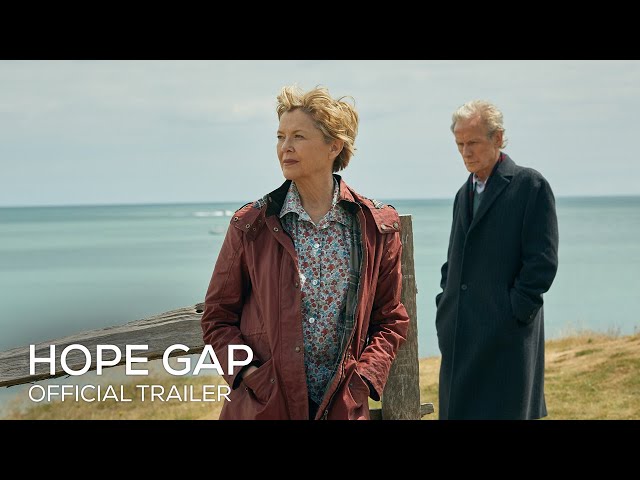 The pairing of Annette Bening and Bill Nighy seemed like a match made in heaven, but since debuting at TIFF last year, reviews have been reasonably OK, although a little disappointing. Our own Chris Rogers said in his LFF review: “The overriding emotion is neither sadness nor jollity, but that of frustration – it may have found favour as a Sunday night mini-series for the small screen but in cinematic display, its flaws are as clear as the Seaford skies.” It’s a real shame, as they are both such talented performers that you’d hope the end result would turn out much better. In some respects you could call this a more mature version of Marriage Story, as it appears to run through many of the same themes. You can watch the trailer for Hope Gap above.

There are no villains; only good people who have lived too long with old mistakes and are now paying the price. There are no easy answers and no simple paths to redemption. A husband, a wife and a son are all forced to face hard truths, and out of those truths, to fashion new lives. In the end, Hope Gap is a story of survival. A story of hope.

William Nicholson is directing is second film in 22 years, with the very talented Josh O’Connor in support.

Hope Gap previews in cinemas from August 7 before expanding into more sites and onto Curzon Home Cinema from August 28.