The two least likely partners face off against Idris Elba 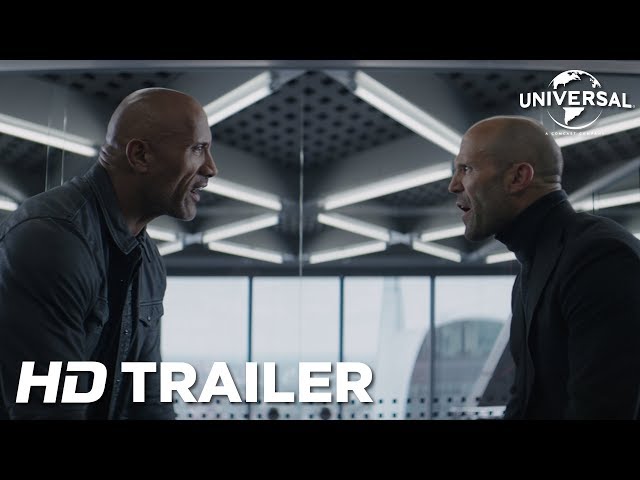 There seems to be no stopping the Fast & Furious franchise and one of the unexpected relationships that has developed over the past few films is between Dwayne Johnson’s Luke Hobbs and Jason Statham’s Deckard Shaw. Hobbs & Shaw sees the two men get their own spin-off, which if successful (and you can only presume it will be) looks set to run and run. And judging by the trailer, this looks like it could be a lot of fun. The first trailer for Hobbs & Shaw has just been dropped and you can check it out above right now.

Ever since hulking lawman Hobbs, a loyal agent of America’s Diplomatic Security Service, and lawless outcast Shaw, a former British military elite operative, first faced off, the duo have swapped smack talk and body blows as they’ve tried to take each other down.

But when cyber-genetically enhanced anarchist Brixton gains control of an insidious bio-threat that could alter humanity forever – and bests a brilliant and fearless rogue MI6 agent, who just happens to be Shaw’s sister – these two sworn enemies will have to partner up to bring down the only guy who might be badder than themselves.