Released ahead of schedule after a leak earlier today

Well, this didn’t exactly go to plan did it? The trailer for the reboot of Hellboy was accidentally posted by Lionsgate a few hours ago (it was supposed to be tomorrow) and before they could hit delete it had spread like wildfire online. Of course, people couldn’t wait to post it, so chances are you may have seen this already. It had already played at the New York Comic Con back in October for attendees only, with a badly recorded version bouncing around the internet ever since. A certain (ex) Lionsgate employee could be set for a pretty lame Christmas now. Anyway, here’s the high-definition and official version of the first trailer for Hellboy.

Hellboy is back, and he’s on fire. From the pages of Mike Mignola’s seminal work, this action-packed story sees the legendary half-demon superhero called to the English countryside to battle a trio of rampaging giants. There he discovers The Blood Queen, Nimue, a resurrected ancient sorceress thirsting to avenge a past betrayal. Suddenly caught in a clash between the supernatural and the human, Hellboy is now hell-bent on stopping Nimue without triggering the end of the world.

Hellboy is scheduled for an April 12th release in the UK. 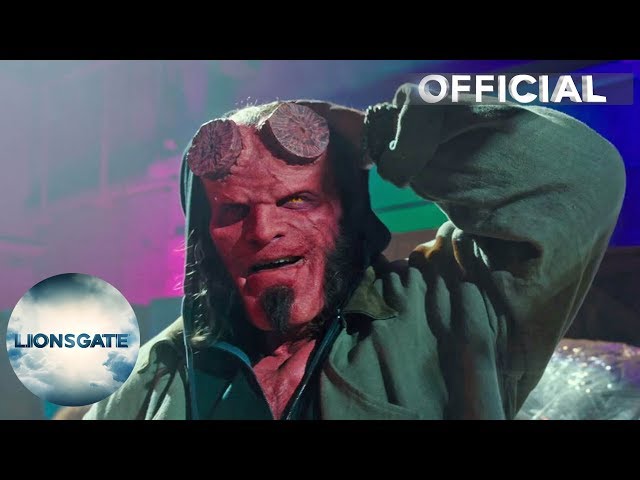 Brand
Hellboy trailer: Big Red is back and he’s in London | The Digital Fix