Alice Rohrwacher’s Happy as Lazzaro (Lazzaro felice) won the award for Best Screenplay at Cannes last year, and also played at the London Film Festival. It is only the Italian filmmaker’s third film but she has already established herself as one of the most respected director’s currently working the European circuit (watch The Wonders if you haven’t already). Happy as Lazzaro has been available in some regions on Netflix for quite a while, but here is the first UK trailer for the film.

The film is a tale of a meeting between Lazzaro, a young peasant so good that he is often mistaken for simple-minded, and Tancredi, a young nobleman cursed by his imagination. Life in their isolated pastoral village Inviolata is dominated by the terrible Marchesa Alfonsina de Luna, the queen of cigarettes. A loyal bond is sealed when Tancredi asks Lazzaro to help him orchestrate his own kidnapping. This strange and improbable alliance is a revelation for Lazzaro. A friendship so precious that it will travel in time and transport Lazzaro in search of Tancredi. His first time in the big city, Lazzaro is like a fragment of the past lost in the modern world.

Happy as Lazarro arrives in the UK on April 5th. 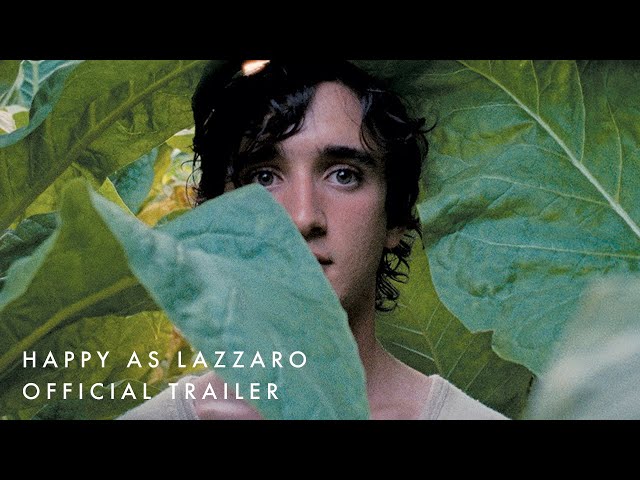