Fans of French director Bruno Dumont will recall his superbly odd TV mini-series P’tit Quinquin that originally played at Cannes in 2014. Coincoin and the Extra-Humans (Coincoin et les z’inhumains) sees Dumont return to the Pas-de-Calais region with many of the same cast members also coming back. Upon release of the original series some criticism was put to Dumont that he was deriding and exploiting actors with disabilities, although he responded saying: “They’re acting. We spent a lot of time rehearsing, and it’s actor’s work.” In particular, Bernard Pruvost’s character Captain Van Der Weyden has a large facial tic which Dumont says was a result of nerves and the fact he was receiving his lines through an earpiece onset. Coincoin and the Extra-Humans arrives towards the end of the month and you can watch the trailer above. 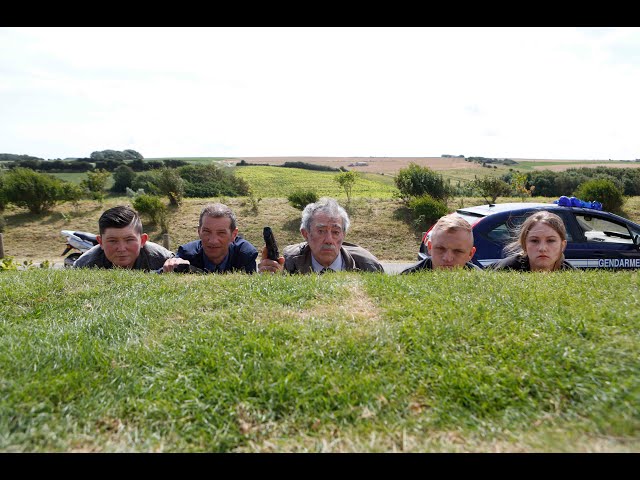 Quinquin is now a grown-up and goes by the nickname CoinCoin. He hangs out on the Côte D’Opale and attends meetings of the Nationalist Party with his childhood friend Fatso. His old love, Eve, has abandoned him for Corinne. When a strange magma is found near the town, the inhabitants suddenly start to behave very weirdly. Our two heroes, Captain Van Der Weyden and his loyal assistant Carpentier, investigate these alien attacks. The Extra-Human invasion has begun.

brand
Coincoin and the Extra-Humans trailer: Bruno Dumont returns to the off-beat world of Quinquin and Captain Van Der Weyden | The Digital Fix