Directed by Salvador Simó, Buñuel in the Labyrinth of the Turtles (Buñuel en el Laberinto de las Tortugas) is a wonderful piece of Spanish 2D hand-drawn animation recalling how legendary director Luis Buñuel put together his second film, Las Hurdes: Land Without Bread. Set in 1932 it takes inspiration from Fermin Solis’ graphic novel of the same name, weaving together traditional animation with real footage from Buñuel’s hard-hitting documentary, showing the people of the Las Hurdes region dealing with poverty and isolation so harsh that the director claimed they had never seen bread before. Watch the trailer for Buñuel in the Labyrinth of the Turtles above. 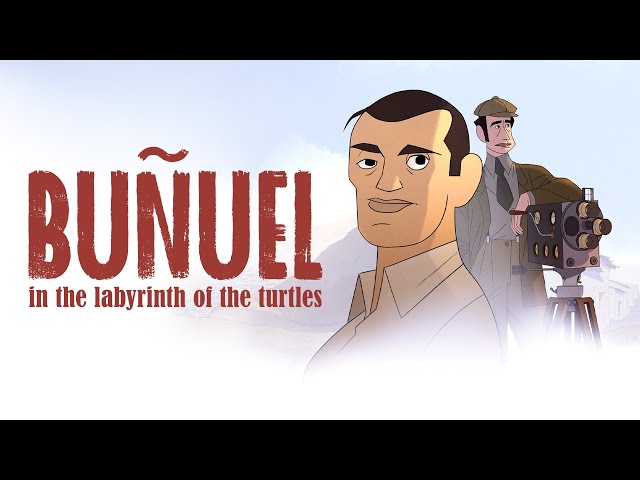 Based on the graphic novel Buñuel en el laberinto de las tortugas by illustrator and strip-cartoonist Fermin Solis, the film begins at the end of 1932. After the scandal of L’Age d’Or, the surrealist comedy Buñuel made with Salvador Dalí had left him penniless, his warm-hearted friend, the sculptor Ramón Acín, declares that if he wins the Spanish Christmas lottery he will give the prize money to Buñuel for his next film. Miraculously Acín’s ticket wins nd he supports Buñuel in the making of a quasi-documentary on one of the poorest areas in Spain, Las Hurdes.

Buñuel in the Labyrinth of the Turtles will be available to watch on the BFI Player from July 16.

Brand
Buñuel in the Labyrinth of the Turtles trailer: A 2D hand-drawn animated film recalling Luis Buñuel’s Land Without Bread | The Digital Fix