Having won the Sundance Grand Jury Prize for Best Documentary earlier in the year, A24’s Boys State is readying itself for an end-of-month release. The film focusses on the annual summer leadership and citizenship programmes (there is also a Girls State which would make for an interesting comparison piece) where 1,000 teenage boys head to Texas State Capitol to form a mock government from scratch after being divided into Nationalist and the Federalist groups. Reviews have been very strong for Boys State have been very strong so far so check out the trailer above to see what it’s all about. 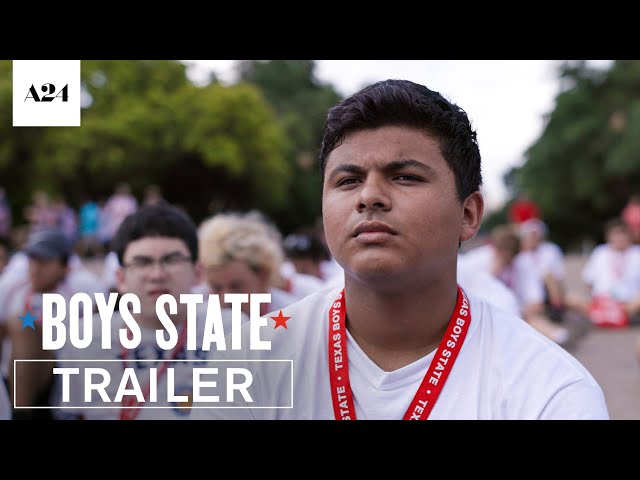 Boys State’ is a wildly entertaining and continually revealing immersion into a week-long annual program in which a thousand Texas high school seniors gather for an elaborate mock exercise: building their own state government. Filmmakers Jesse Moss and Amanda McBaine closely track the escalating tensions that arise within a particularly riveting gubernatorial race, training their cameras on unforgettable teenagers like Ben, a Reagan-loving arch-conservative who brims with confidence despite personal setbacks, and Steven, a progressive-minded child of Mexican immigrants who stands by his convictions amidst the sea of red. In the process, they have created a complex portrait of contemporary American masculinity, as well as a microcosm of our often dispiriting national political divisions that nevertheless manages to plant seeds of hope.

Directed by Jesse Moss and Amanda McBaine, Boys State gets a theatrical release on July 31 before landing on AppleTV+ on August 14.