After picking up two nominations at the Golden Globes for Best Performance by an Actress in a Drama and for Best Original Song in a Motion Picture, A Private War may feel quietly confident of more recognition at the Oscars. In the film Rosamund Pike plays respected war correspondent Marie Colvin, while it is also the feature film début of Matthew Heineman, whose Cartel Land documentary was nominated for an Oscar in 2016. Watch the new trailer for A Private War above to find out more.

After being hit by a grenade in Sri Lanka, Marie Colvin (Pike) wears a distinctive eye patch and is still as comfortable sipping Martinis with London’s elite as she is confronting dictators. Colvin sacrifices loving relationships, and over time, her personal life starts to unravel as the trauma she’s witnessed takes its toll. Yet, her mission to show the true cost of war leads her — along with renowned war photographer Paul Conroy (Jamie Dornan) — to embark on the most dangerous assignment of their lives in the besieged Syrian city of Homs.

For One Night Only, a Q&A with Rosamund Pike, Jamie Dornan, Paul Conroy and special guests, will broadcast live to cinemas on February 4th. You can book tickets now at APrivateWar.Film. 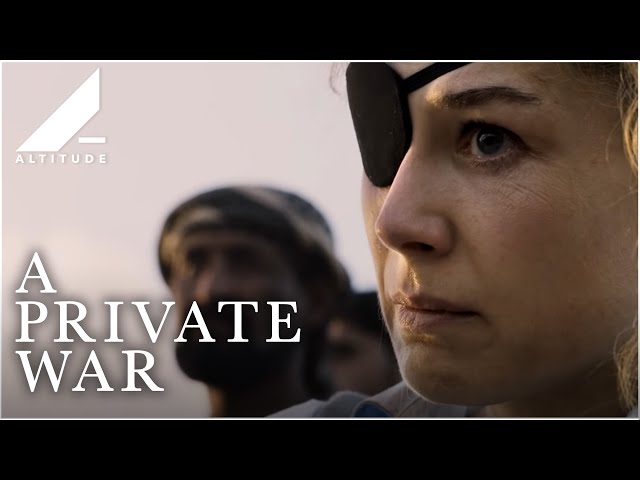