In an animation market dominated by the likes of Disney and Dreamworks, Laika have done a fantastic job of carving out their own niche. Following on from the critical success of films like Coraline and Kubo and the Two Strings their next film will be called Missing Link. One thing missing from Laika’s armoury to date is sustained box office success, despite the ongoing praise their films receive from critics. Annapurna have just released the first trailer for Missing Link which you can check out above.

Meet Mr. Link: 8 feet tall, 630 lbs, and covered in fur, but don’t let his appearance fool you… he is funny, sweet, and adorably literal, making him the world’s most lovable legend. Tired of living a solitary life in the Pacific Northwest, Mr. Link recruits fearless explorer Sir Lionel Frost to guide him on a journey to find his long-lost relatives in the fabled valley of Shangri-La. Along with adventurer Adelina Fortnight, our fearless trio of explorers encounter more than their fair share of peril as they travel to the far reaches of the world to help their new friend. 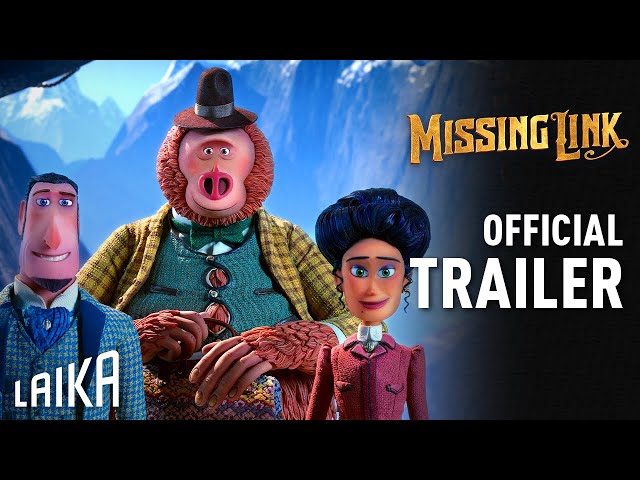