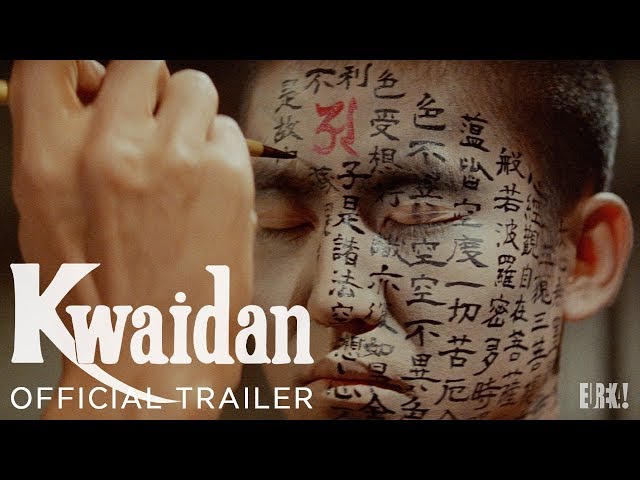 Eureka Entertainment are to release Kwaidan, Masaki Kobayashi’s ambitious anthology of Japanese ghost tales, on Blu-ray for the first time in the UK, presented from a 2K digital restoration. Available April 27 as part of The Masters of Cinema Series in a Limited Edition Set of only 3000 copies, featuring a Hardbound Case and 100-page Collector’s Book.

Winner of the Special Jury Prize at Cannes, Kwaidan features four nightmarish tales adapted from Lafcadio Hearn’s classic Japanese ghost stories about mortals caught up in forces beyond their comprehension when the supernatural world intervenes in their lives: “The Black Hair”, “The Woman of the Snow”, “Hoichi the Earless”, and “In a Cup of Tea”.

Breathtakingly photographed entirely on hand-painted sets, the film is an abstract wash of luminescent colours from another world. The Masters of Cinema Series is proud to present the complete 183-minute original Japanese cut of Masaki Kobayashi’s masterpiece on Blu-ray for the first time in the UK.