Two weeks ago we covered Eliza Hittman’s hard-hitting pro-choice drama, Never Rarely Sometimes Always as it arrived on VOD in the US. Today it has been announced that Universal Pictures and Focus Features have set a digital and VOD release date for the UK of May 13 and May 27 respectively. 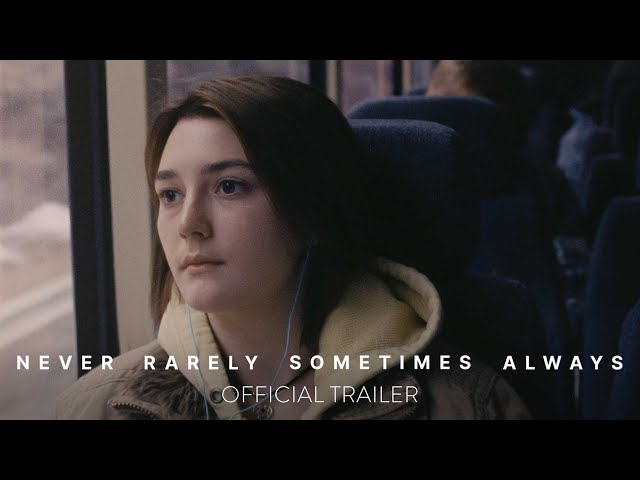 Reviews for Never Rarely Sometimes Always have been very strong, with the film picking up awards at both Sundance and Berlinale. Combined with the prestigious festival award wins the film stood a chance of crossing over and attracting some late-year award season shine. While it did miss its one-week Oscar-qualifying run, that is likely to be overlooked by the Academy given the circumstances surrounding its withdrawal from cinemas.

In our review of the film we said, “There’s a humanity to their journey that is genuinely affecting at times,” although it was let down by the fact that “too often its messaging interferes to detract from the narrative.”

HIttman initally raised concerns about the film being put onto digital platforms, saying in an interview with Film Comment that “it’s not that kind of film, that draws [VOD viewers]—it’s not cast-driven. I don’t know if it’s the kind of movie people want to watch in this vulnerable moment.” The film has a gritty, neo-realistic style that the director is concerned may not be in line with the type of entertainment people are looking for in the stress-filled climate.

Never Rarely Sometimes Always will be available on all major platforms, including Sky Store, Amazon Prime Video, Google Play and Apple TV, amongst many others.