The Western continues to find new settings and fresh voices to tell its stories, keeping one of cinema’s most durable genres alive and relevant. Australia’s Sweet Country was another great example of that, and now Five Fingers For Marseilles transports us across to South Africa. It first made an appearance at TIFF last year and also played at the London Film Festival, consistently picking up positive reviews from the critics and will be getting a small US release next month. Watch the trailer for the Five Fingers For Marseilles above to see more.

Twenty years ago, the young ‘Five Fingers’ fought for the rural town of Marseilles, against brutal police oppression. Now, after fleeing in disgrace, freedom-fighter-turned-‘outlaw’ Tau returns to Marseilles, seeking only a peaceful pastoral life. When he finds the town under new threat, he must reluctantly fight to free it. Can he free himself from his past? Will the Five Fingers stand again?

Five Fingers For Marseilles is released in US theatres on September 7th 2018. 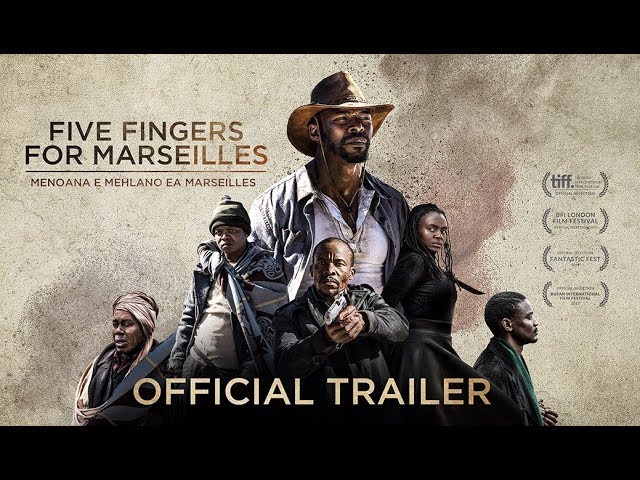